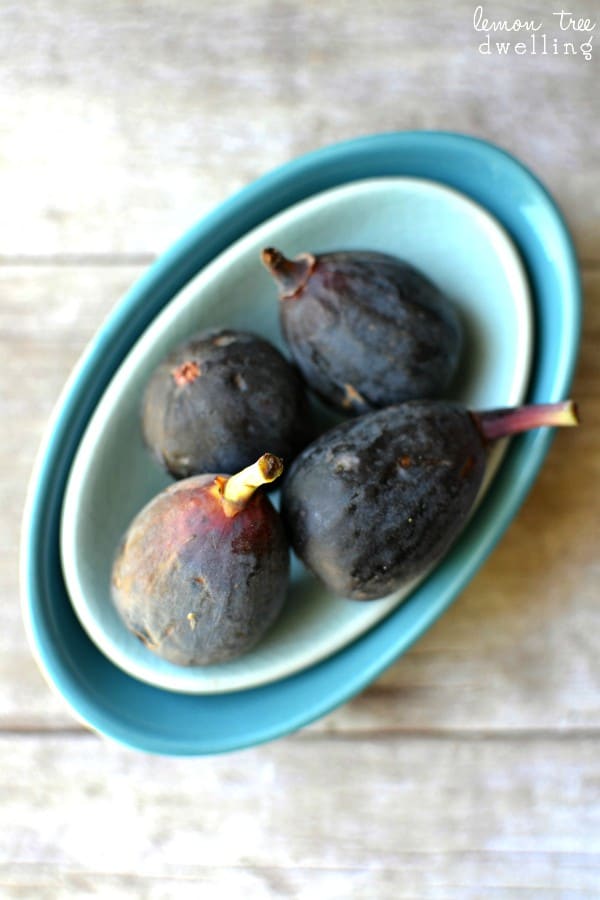 So suddenly you have a giant container of dried  beans or 24 cans of the same kind of soup or a 20 pound bag of purple potatoes that you have no chance of using before they go bad!! Ahh....the joys of discovering new things at the grocery store. 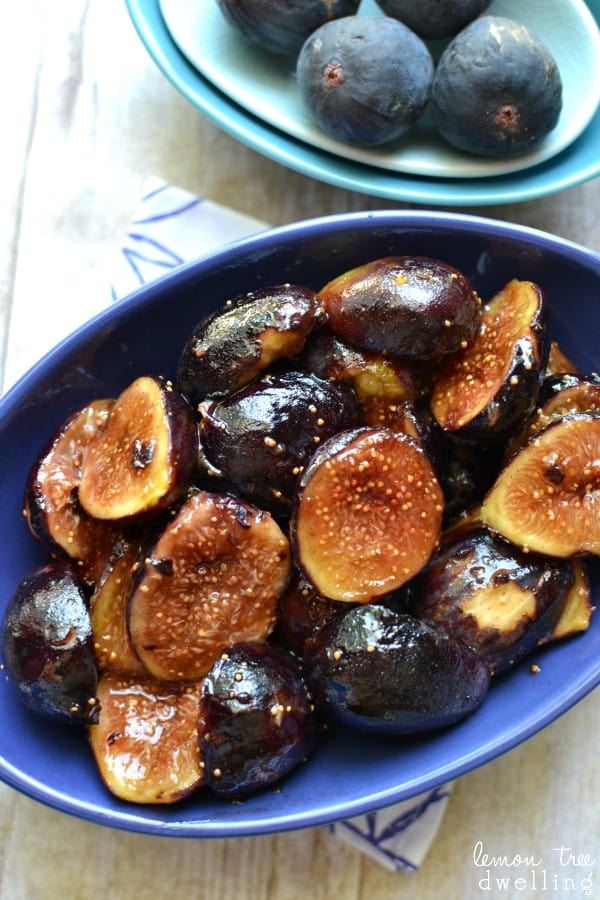 Do you see where I'm going with this? Yep - you guessed it! The figs! At the grocery store! They were speaking to me! And I couldn't say no. Only the store wasn't Costco....it was Trader Joe's. And the result wasn't wasteful....it was delicious!! Not only are figs a great snack to pop in your mouth straight from the fridge; there is so much you can do with them! Of course, I had no idea what I would do with them when I put them in my cart...but that didn't stop me.....! 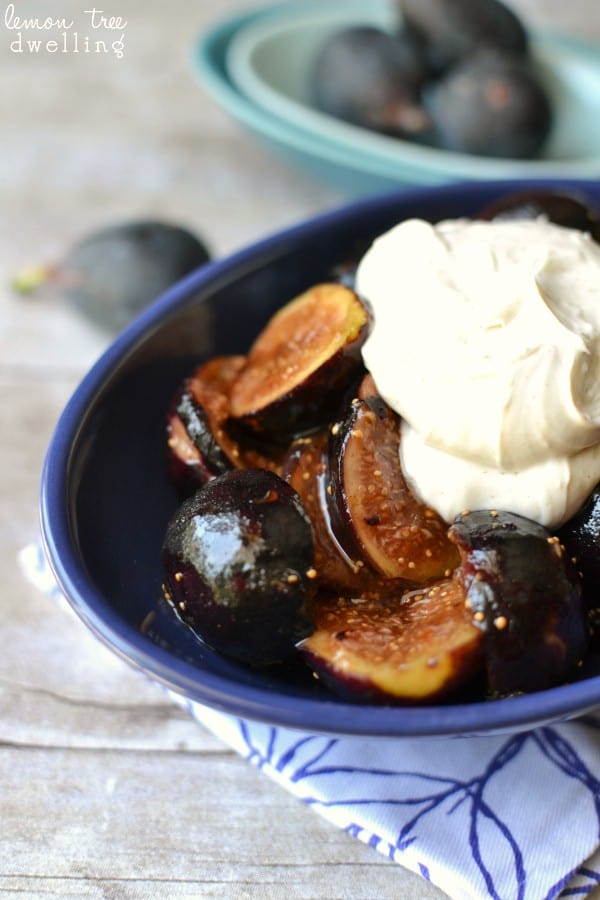 Because they're so delicious on their own, I decided I didn't want to over-do it with preparing them. Rather than bake them into a cake (which would also be delicious) I decided to let them be the star of the show! I simply removed the stems, sliced them in half, and sauteed them in a mixture of brown sugar, cinnamon, and vanilla. The flavor was incredible.....and I knew it would pair well with some type of soft cheese.....so I sweetened up some cream cheese, whipped it, and put a dollop on top.

This would be a perfect dessert for an end of summer dinner with friends - a little bit fancy, a lot delicious, and definitely simple to pull of. So if you ever see fresh figs at the grocery store.....buy them! And you'll know exactly what to do with them (for once)!!