Jump to Recipe
This Spiced Cran Peary Compote is a delicious addition to your sweet treats. A blend of fresh cranberries and ripe pears, this spiced compote is perfect served with vanilla ice cream! 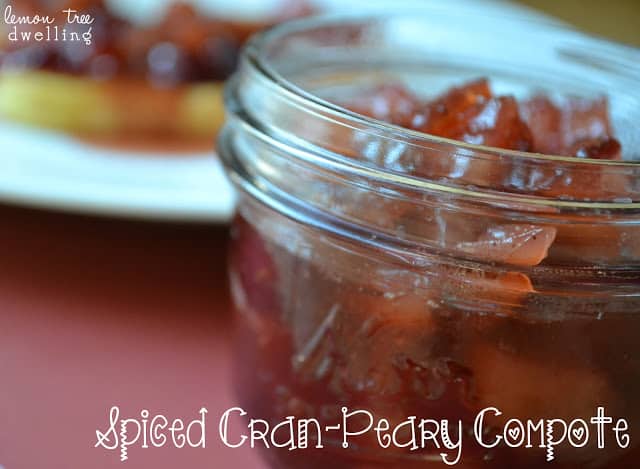 It’s been about 3 months since I started blogging, and I’ll never forget the terror I felt when I published my first post. It was an anniversary post, a “real life” post, comparing houses to husbands. And I loved it! But, to be honest, I didn’t want anyone else to read it. And, to be honest, I really didn’t want anyone  to read any of my posts for a while….so much so that even when my dear friend and fellow blogger Lisa (of Wine & Glue) asked if she could promote my blog, I told her no! (That’s crazy, right? You NEVER turn down a promotion…!) I would imagine I’m not alone in feeling a bit “exposed” at the beginning. There’s something both awesome and awful about publishing your own words and ideas. You are opening yourself up to anything and everything – good and bad – and it’s scary! 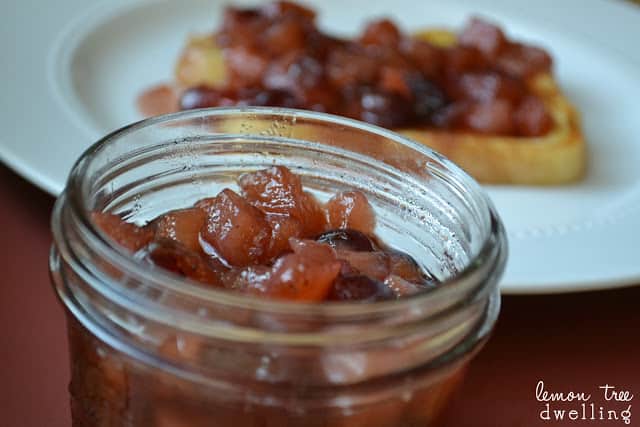 But right around the 3 month mark something shifted. Not only do I really want people to read my posts now (!) but I also started to feel ready for a challenge – a way to stretch myself and grow as a blogger. It’s interesting how things come your way when you start looking for them…because within a week I was asked to help host a giveaway and I ran across this challenge: 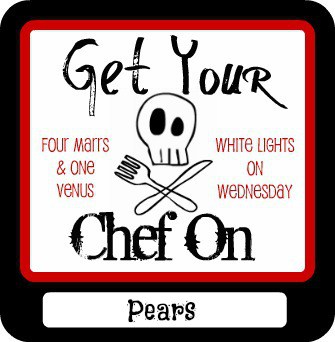 On a side note, I’ve actually had nightmarish dreams before about being on Top Chef and having NO IDEA what I was doing…….. but somehow that didn’t stop me from entering the challenge. The nice thing about this challenge was that we were given plenty of time AND it was left wide open! My mom mentioned the idea of a compote (something I’ve never made before) and I loved it! So here goes….my first attempt at a cooking challenge and my creation is this Spiced Cran-Peary Compote! 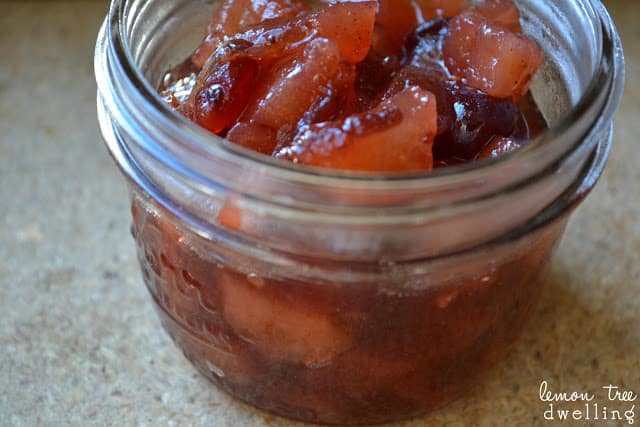 For another great Pear recipe, try my Ham and Pear Panini! 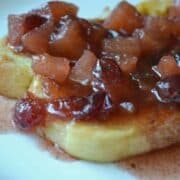 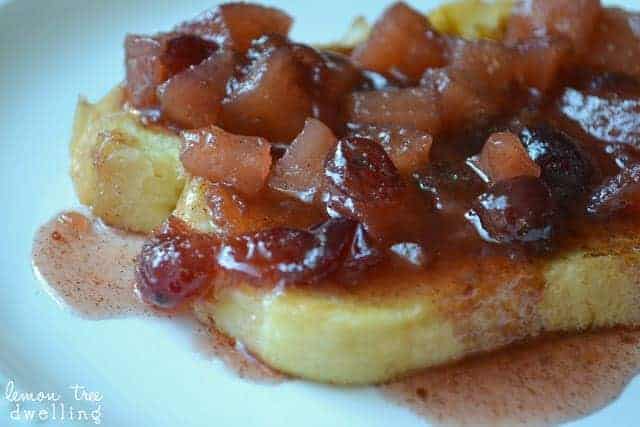 Looking for another great breakfast recipe? Check out my Baked Blueberry Oatmeal! 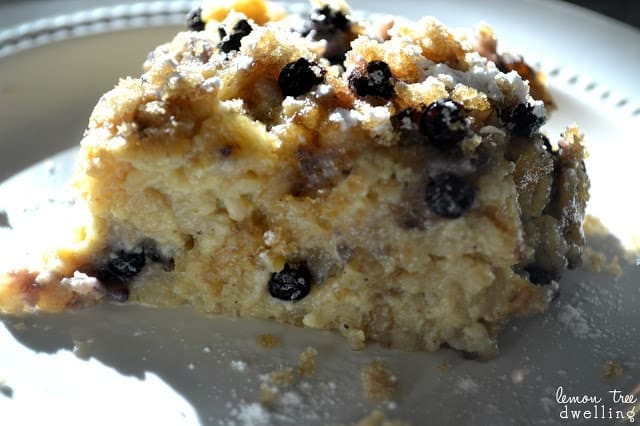