Tomatoes, feta cheese, basil, and Greek dressing - a quick, easy, and delicious summer dip, straight from the garden...and just in time for your Memorial Day celebrations! 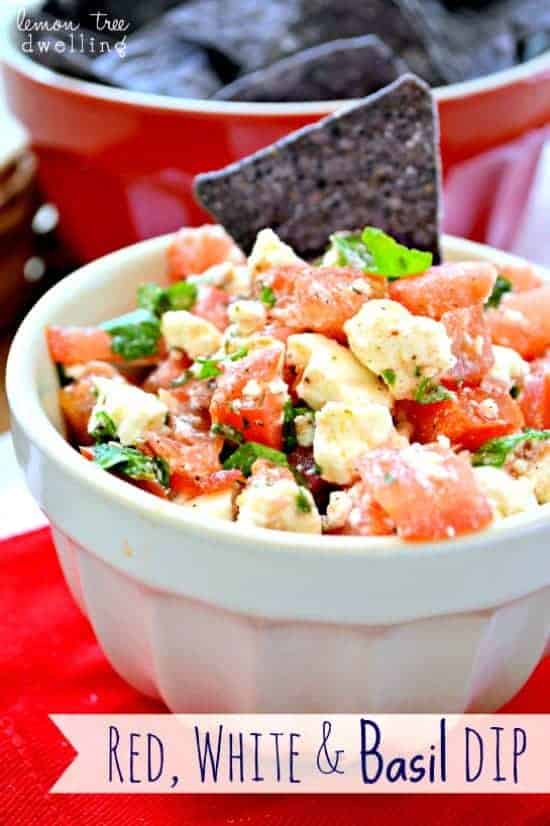 Do you remember back in February when I shared my grandma's Banana Cake recipe? And I told you about my grandpa's love of sharing all his stories and memorabilia, including my grandma's old journals? Well, what I didn't tell you is that, aside from stories about my grandma, 90% of the stories my grandpa tells are about his time in the Army. My grandpa is a WWII veteran, and although he served some 70 years ago, when he tells his stories you'd think it was just yesterday. 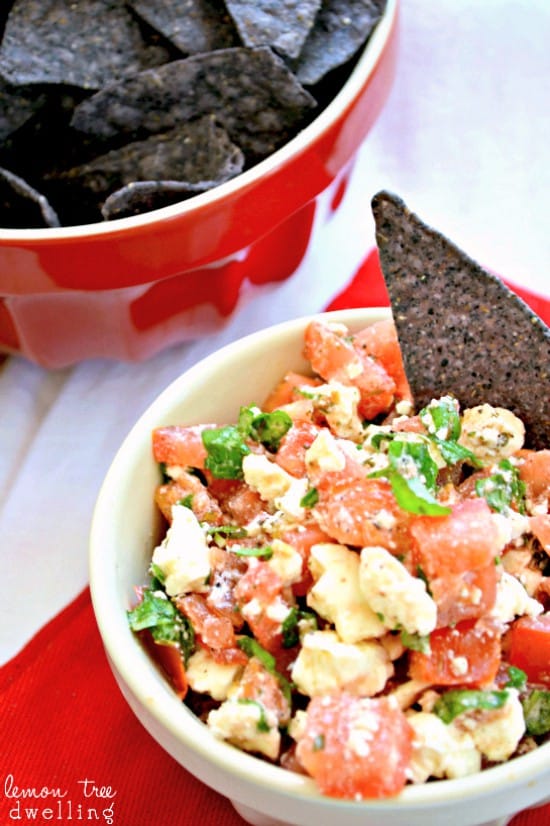 My grandpa was drafted into the Army on April 28th, 1949 at the age of 21. His draft number was #817. He can still recite the speech given that day by the Army Sergeant: "Whether you know it or not, whether you like it or not, you've been in the Army since 6:00 this morning and your pay is $21 a month." When I asked him whether or not he liked it, he simply told me he had been raised to accept whatever situation he found himself in. In other words, it didn't really matter what he thought! 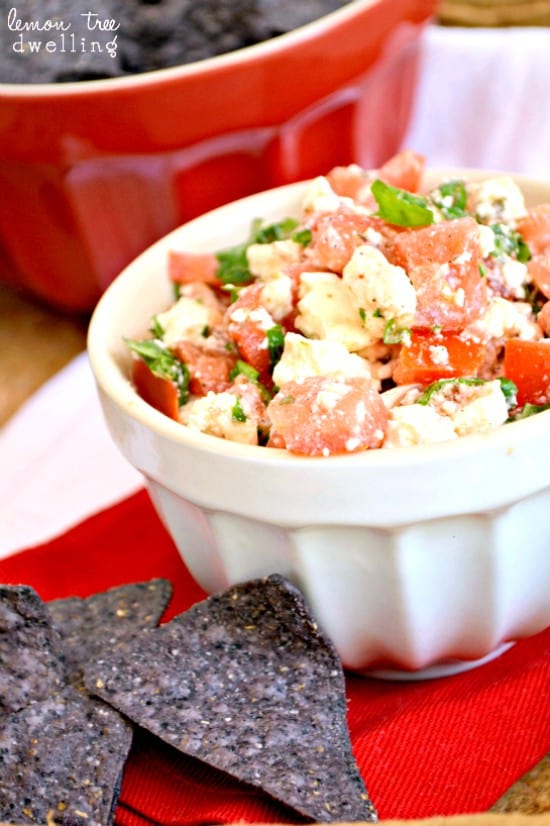 He was sent from Milwaukee to Camp Livingston, Louisiana, where he was assigned to the 32nd Infantry Division. Because of his typing skills, his specific assignment was as clerk to the Provost Marshal, where he worked for a total of 17 months. He can still remember the exact date he was told, out of the blue, "Congratulations, Clarence. You've been promoted to Sergeant." And the date, 3 days later, he was told, "Congratulations, Clarence. You've been promoted to Master Sergeant." It was exactly 10 months after he had been drafted. He says that they never told him why he was promoted so quickly (he skipped a number of rankings) and he never asked....but what he does know is that he quickly became "the most hated man in the Army" for all his promotions. 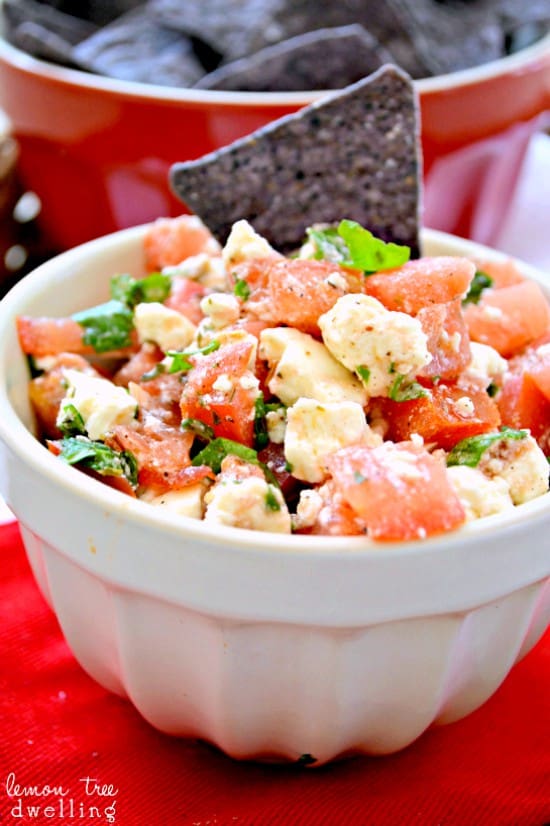 He left the United States for England on the Queen Mary at 5:00 am. on May 11, 1942. It was the first time that more than 10,000 people had been on the boat at the same time. Once in England, he was transferred to the Claims Department and eventually promoted to Warrant Officer, and from there was transferred a dozen more times before finishing out his service in Paris. When I asked my grandpa to reflect on his time in the military, he said that so much of his experience was about being in the right place at the right time. It was about luck. At the age of 94, I think my grandpa feels very lucky, indeed. And you know what? We feel it right back. Lucky to have him in our lives. Lucky to be able to listen to his stories. Lucky to have the wonderful family that all started with my grandma and him. Lucky to be able to celebrate this Memorial Day with him. 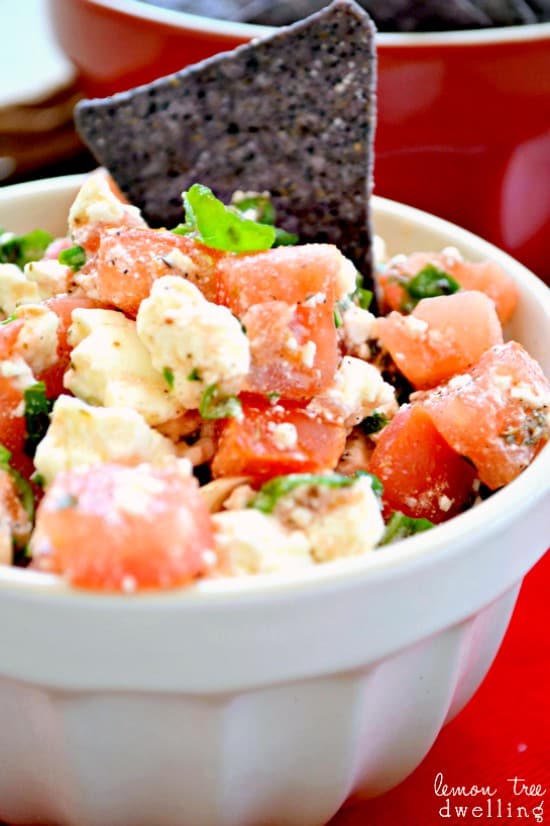 This simple dip is one of our family's summertime favorites. Made with tomatoes, feta cheese, basil, and Greek dressing, it is light, refreshing, flavorful....and the perfect addition to a Memorial Day or 4th of July celebration. 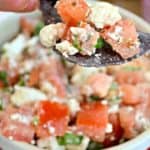 Red, White, & Basil Dip {And a Tribute to my Grandpa} 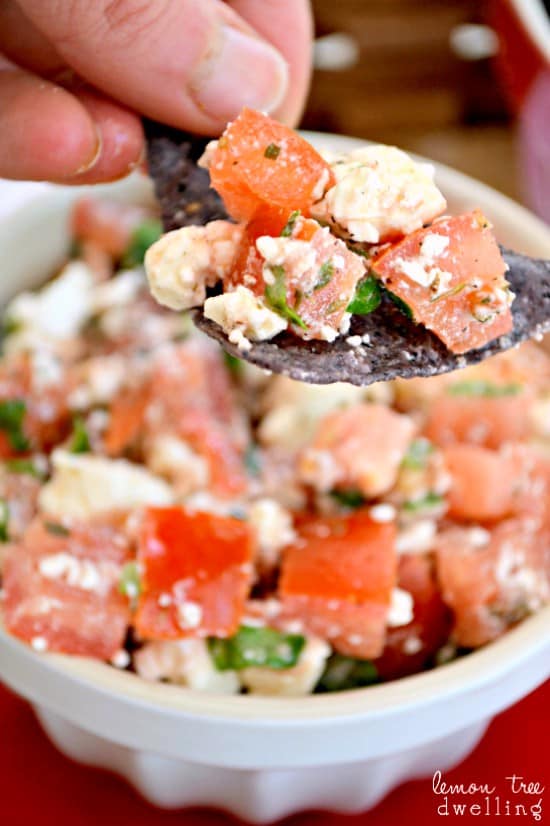