This Southwest Quinoa Salad is loaded with fresh veggies and packed with southwest flavor. The perfect side dish for any meal! 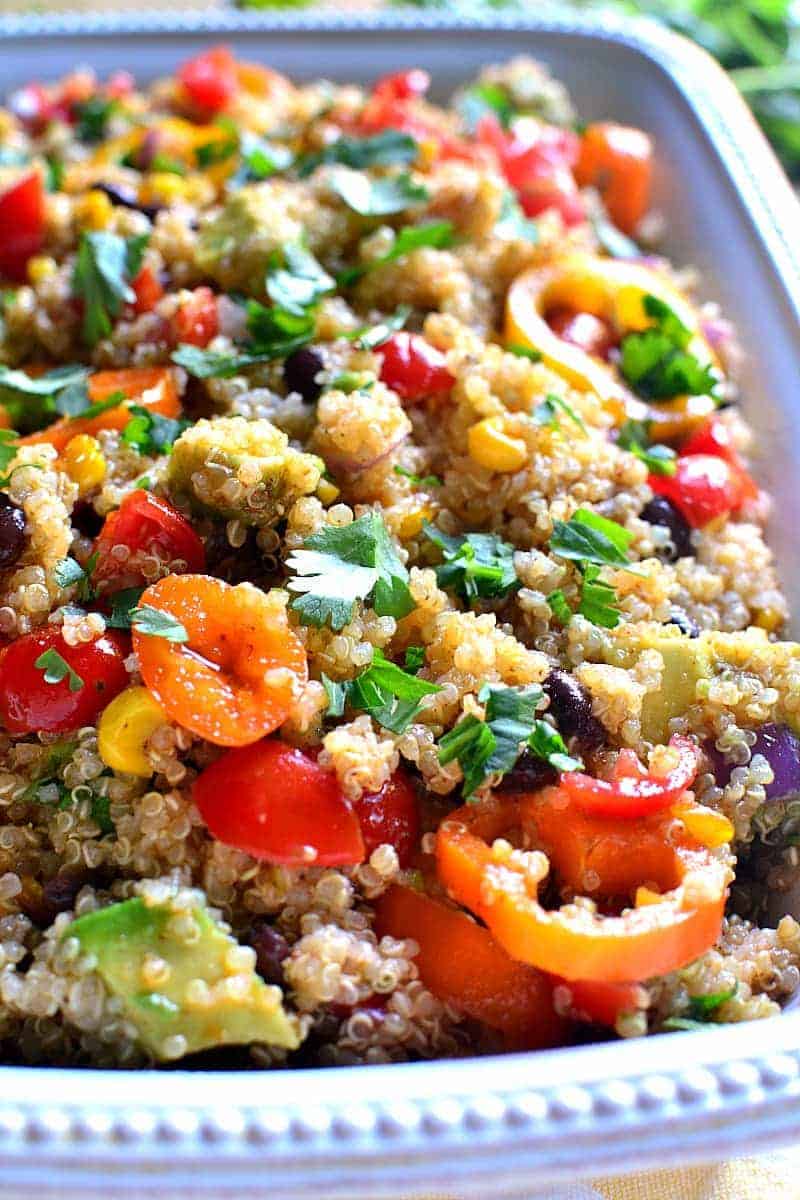 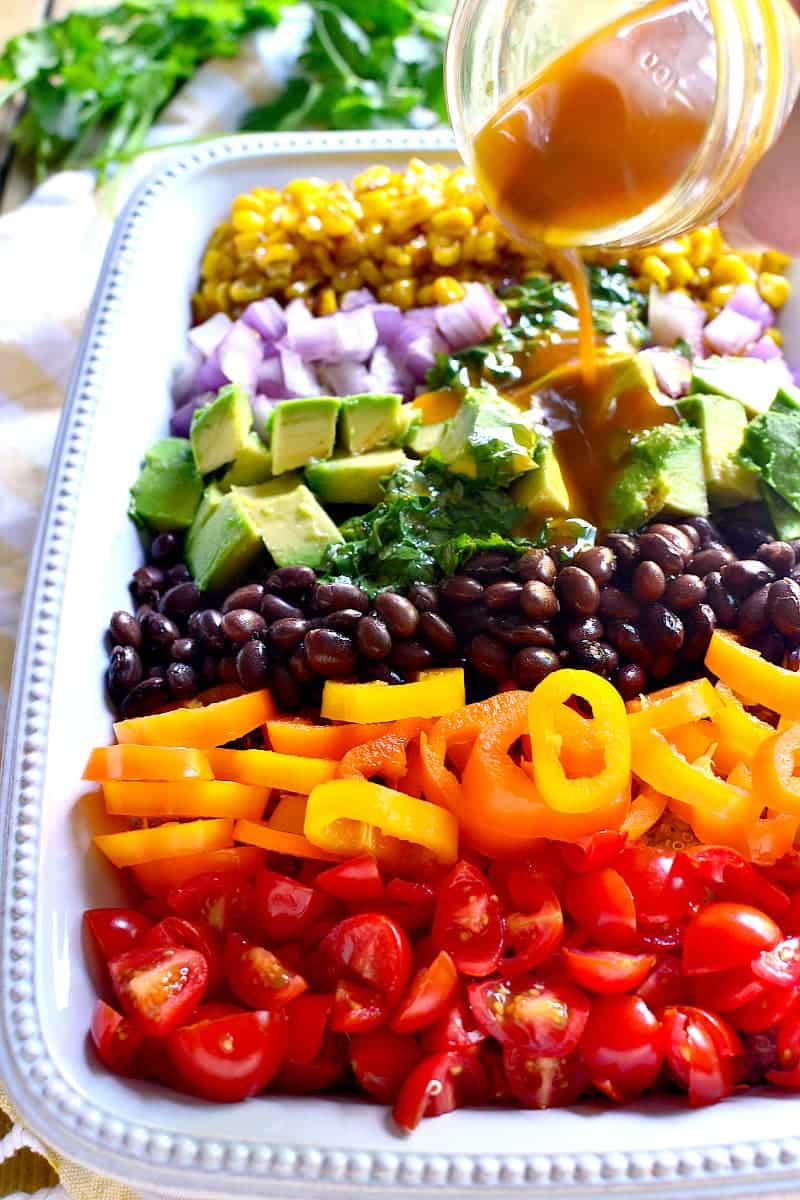 Like the fact that he runs on the sidewalks of the busiest street in town wearing all black spandex....or the fact that he's been known to use the broom as a microphone and chop sticks as walrus tusks. Or the fact that he turns his bath towel into a hula skirt and cranks the car music up WAY too loud and takes every opportunity to act like a very. big. kid. 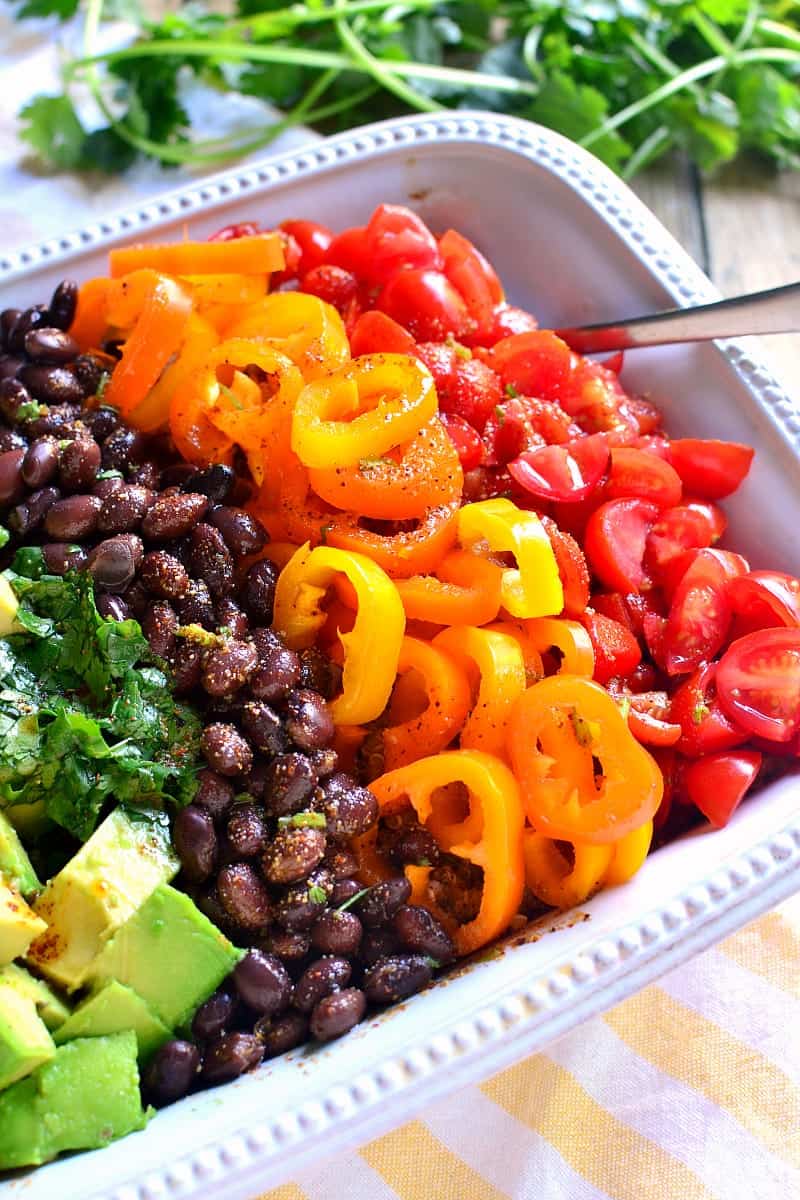 And just when I think he's been a little too tame for a little too long, he goes and pulls something like he did last night. He buys a head lamp....and wears it....and moves wheelbarrows full of wood chips until 10:30 at night....all with the music pumping just a little too loud. Not to mention the fact that we have brand new neighbors who were undoubtedly aware of what was taking place... 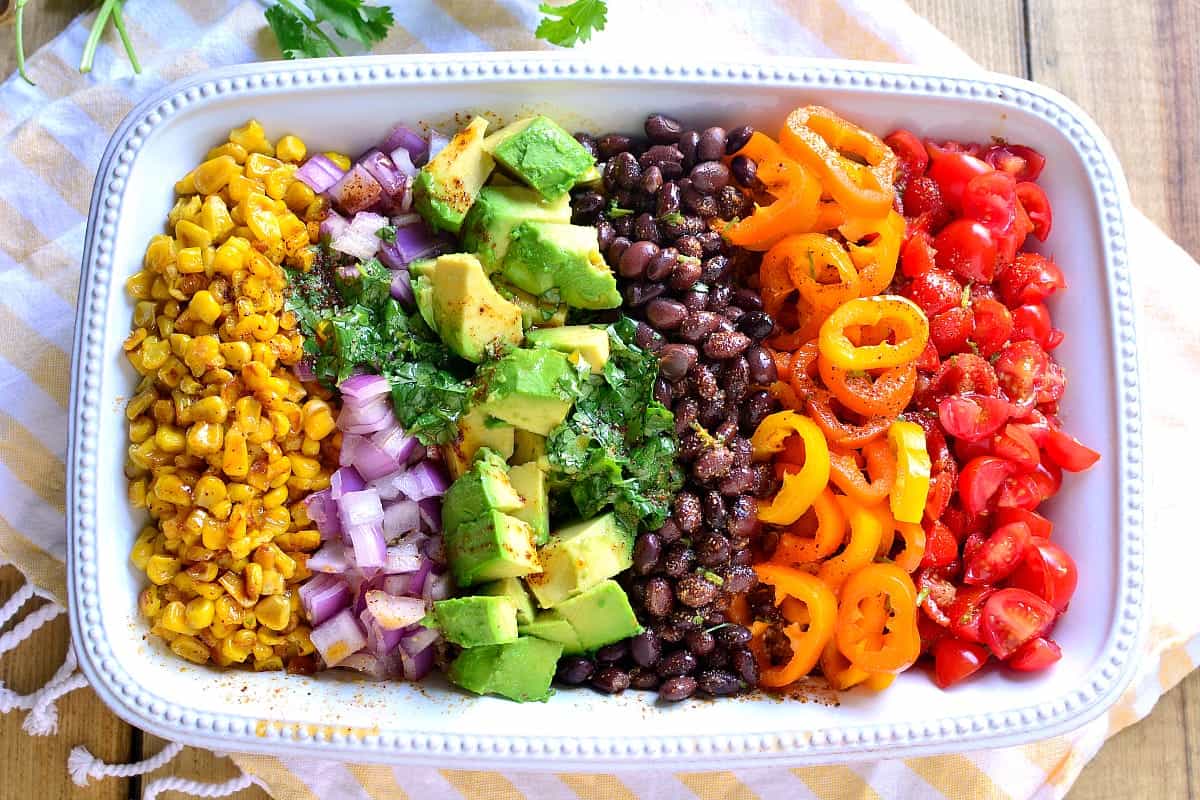 Yep, I think it's safe to say I have a crazy husband. With amusing antics. Who doesn't let anything stand in his way. And that's the good news about all of it: he might be ridiculous, but he knows how to get things done. And to be honest, I'm pretty sure he likes the attention.....even if he has to embarrass himself to get it. 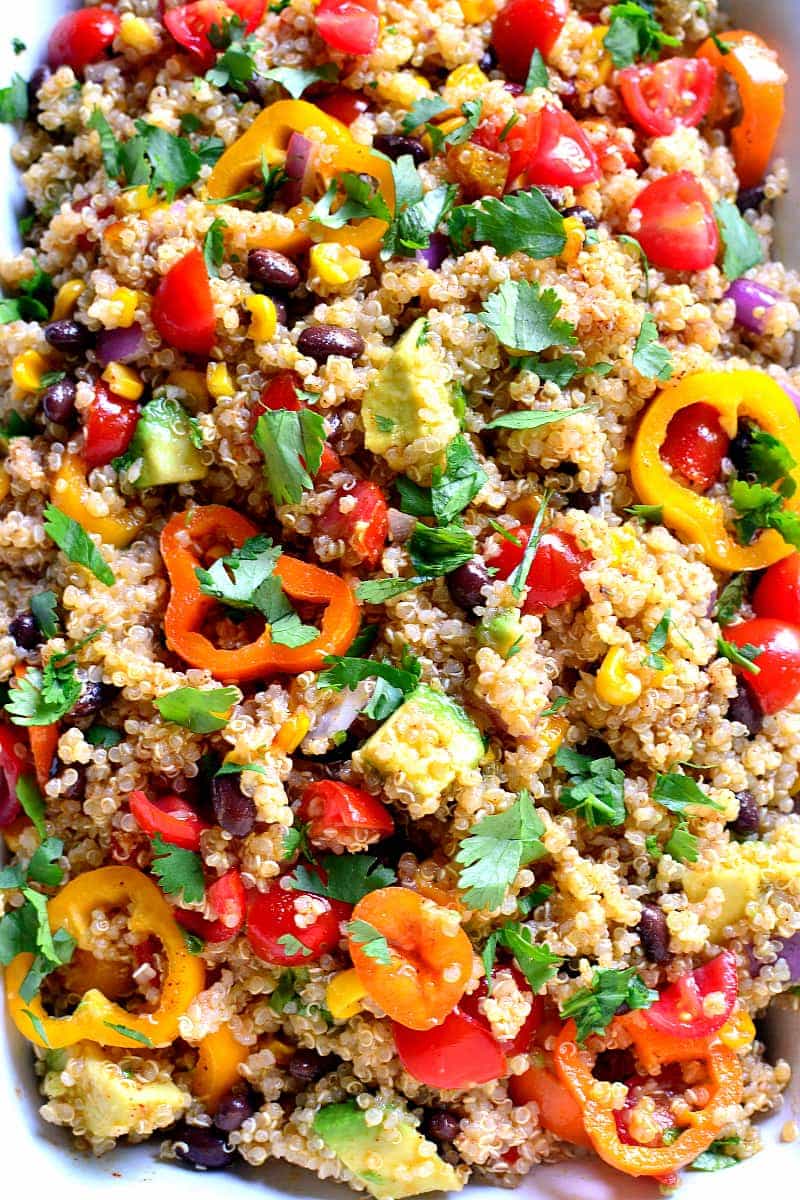 So we now have a slightly smaller wood chip pile and a shiny new head lamp and neighbors who will think twice about ever letting their kids around us. Maybe we can convince them with this Southwest Quinoa Salad. You guys....it's seriously so good! It's absolutely loaded with veggies and has SO MUCH flavor. Enough to win over anyone....even neighbors who very well might think your family is insane. Southwest Quinoa Salad for the save....!?? Let's hope so! 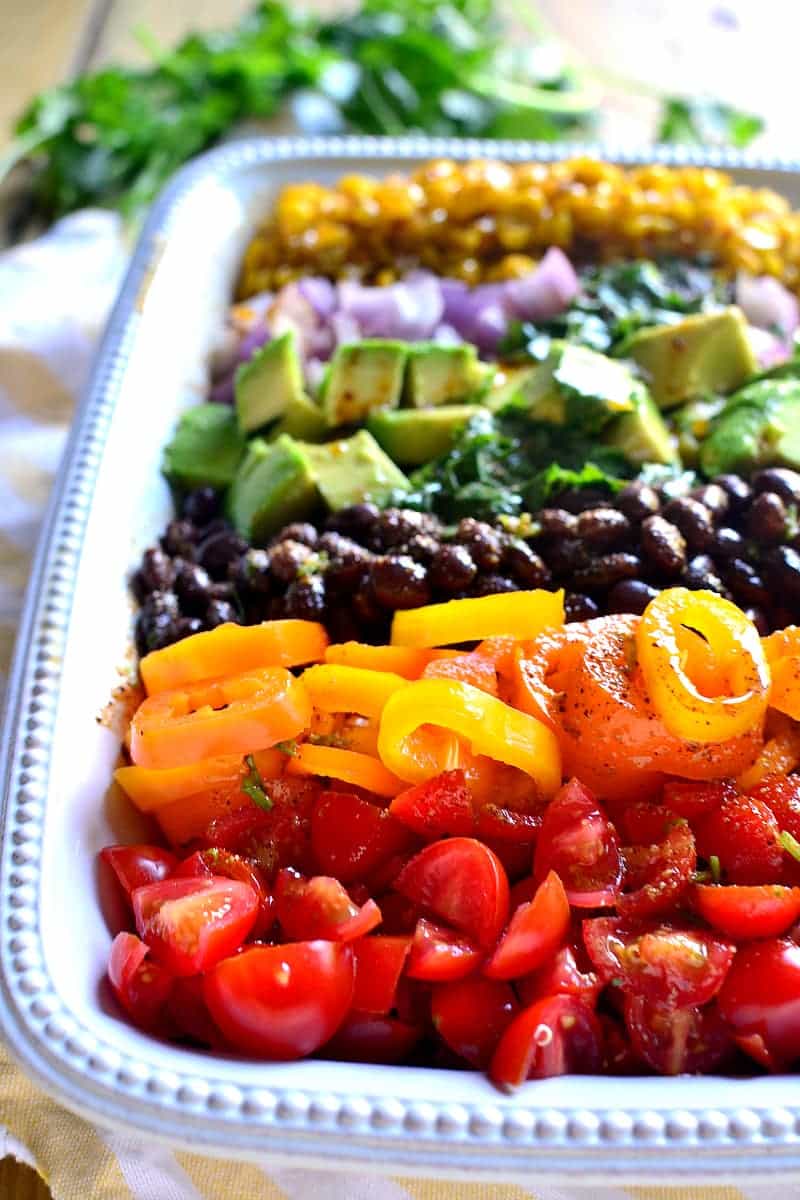 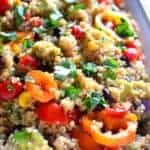 This Southwest Quinoa Salad is loaded with fresh veggies and packed with southwest flavor. The perfect side dish for any meal!
Author Cathy Trochelman