Loaded Cobb Potato Skins are a delicious mash up of cobb salad and potato skins. These game day appetizers will challenge your tastebuds. A total game changer! 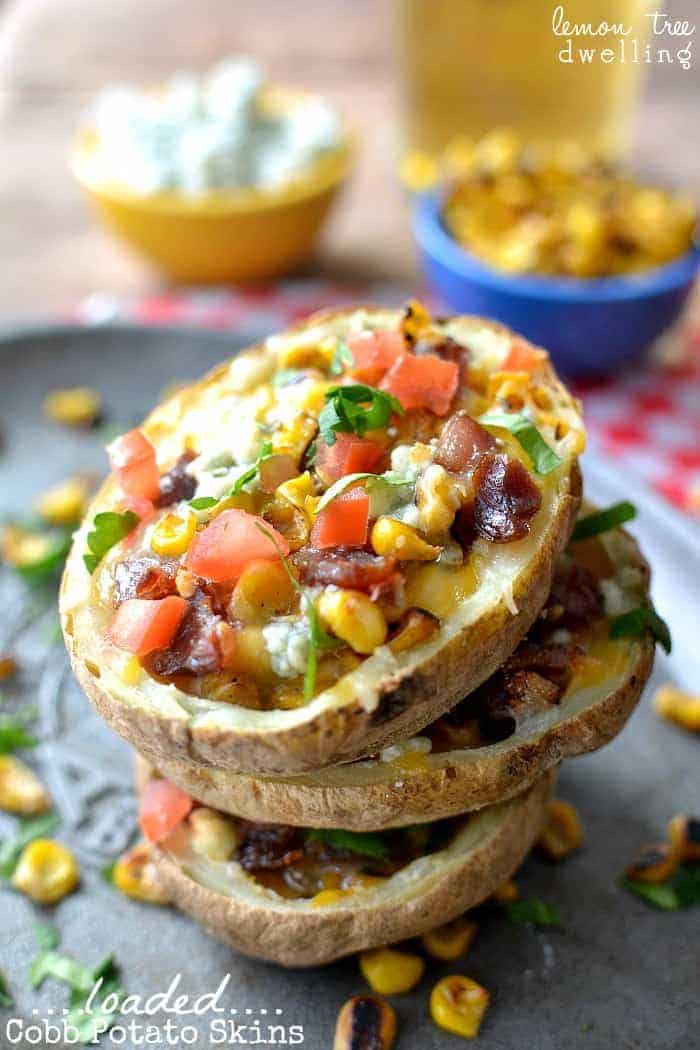 Confession: I have never been much of a football fan. When it comes to actually watching the game, that is. I always love the idea of football….the fun of getting together with friends, the thrill of cheering for your team, the food….it’s just that I always get so caught up in the “extras” that I forget to actually watch the game! 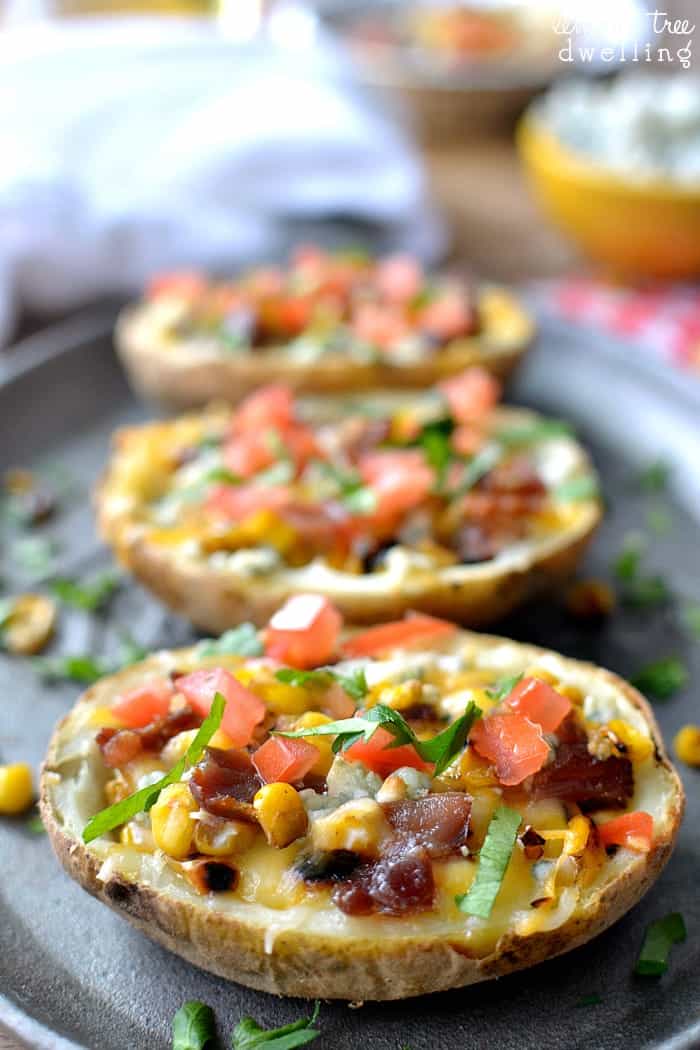 So when the Packers were playing this past weekend in their biggest game of the season, and we had no “extras” to distract us, I decided to sit down and actually watch. No cooking, no chit chat, no computer…..just me and the family and the football game. And what a game it turned out to be…… 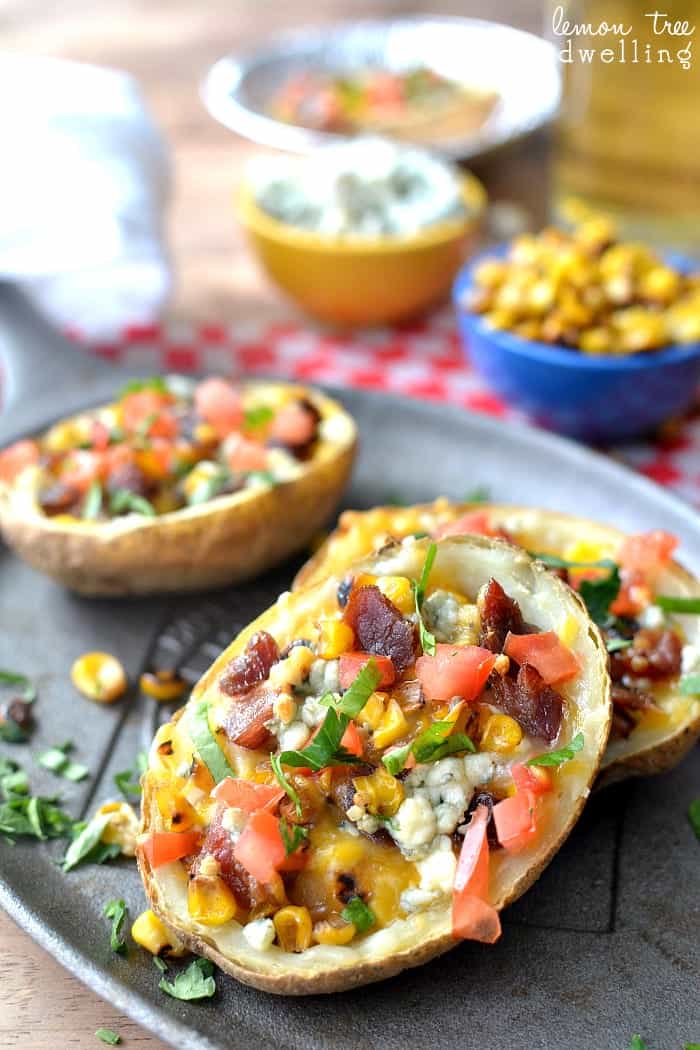 Did you watch it? It had to be one of the most disappointing endings to a game I have seen in a LONG time! Which really isn’t saying much, considering the fact that I never really watch…..but that’s beside the point! Based on Jorden’s post-game depression, I was actually kind of glad to NOT be a huge football fan. Who wants to be depressed at the end of something that’s supposed to be fun? 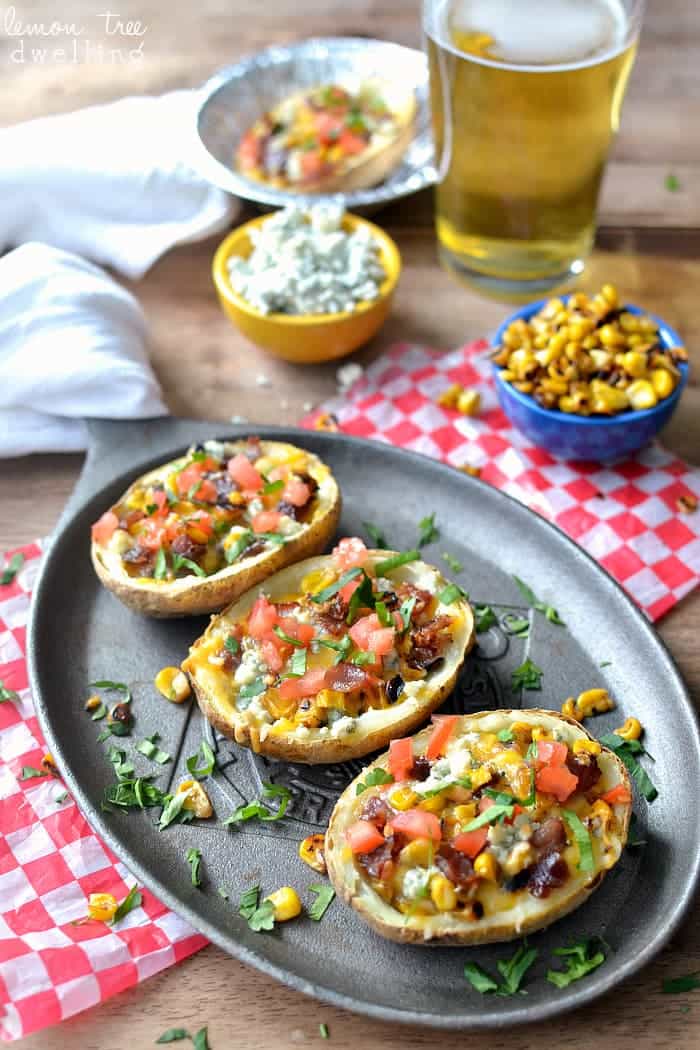 Needless to say, the Super Bowl will hold a lot less importance to us than it otherwise might have. We’ll still watch it, of course, and by “watch” I mean I will go back to my usual ways. Friends, fun, and delicious food……starting with these Loaded Cobb Potato Skins! They are loaded with all the flavors of cobb salad – one of my favorites – but they have all the cheesy, melty, bacony goodness of potato skins. Just what you want – just what you NEED – on game day! Now the actual game? Eh – that’s optional. Or maybe that’s just me. 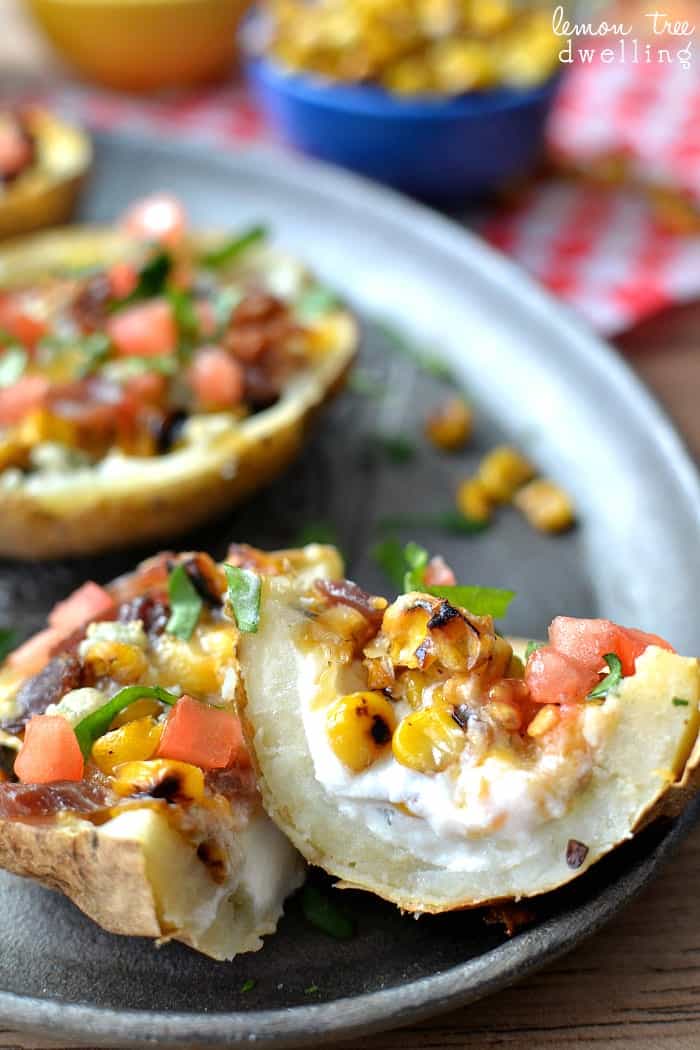 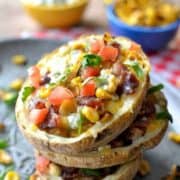 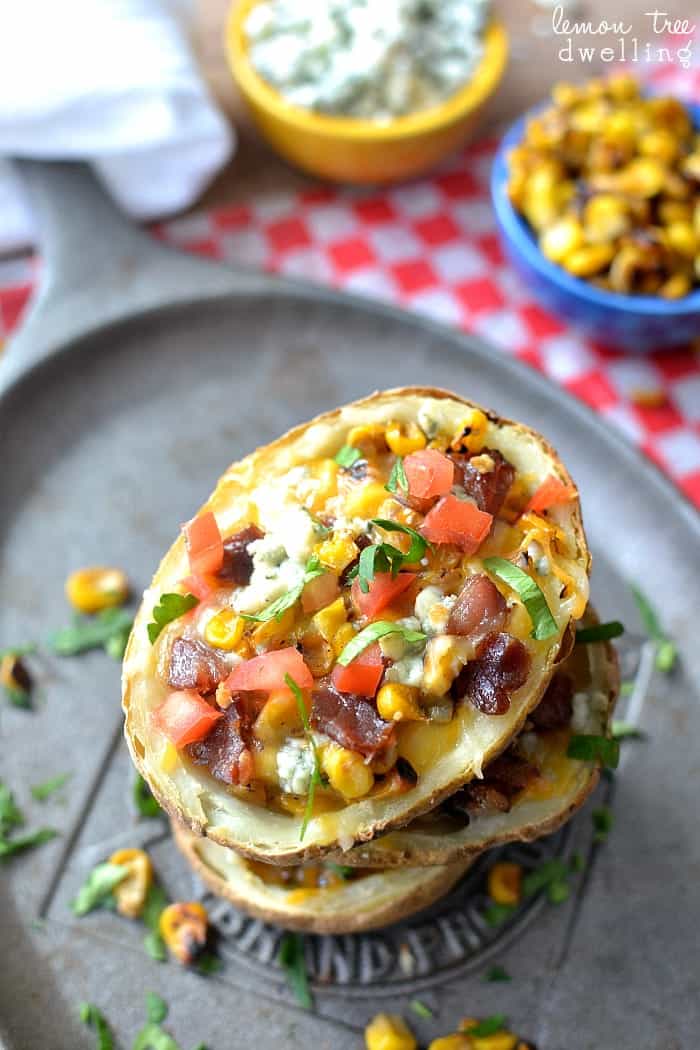 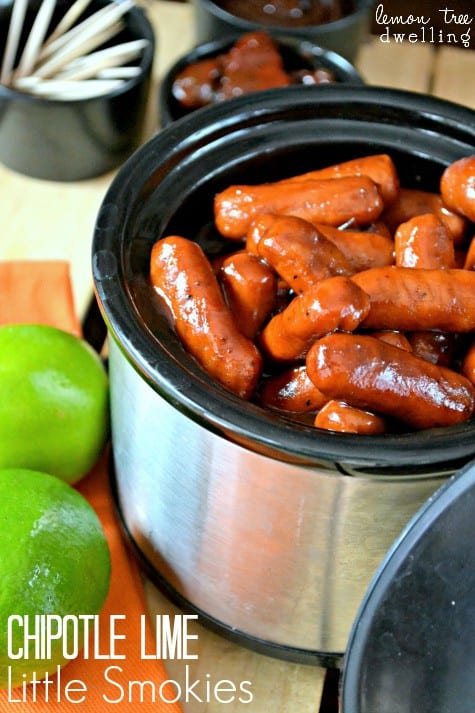 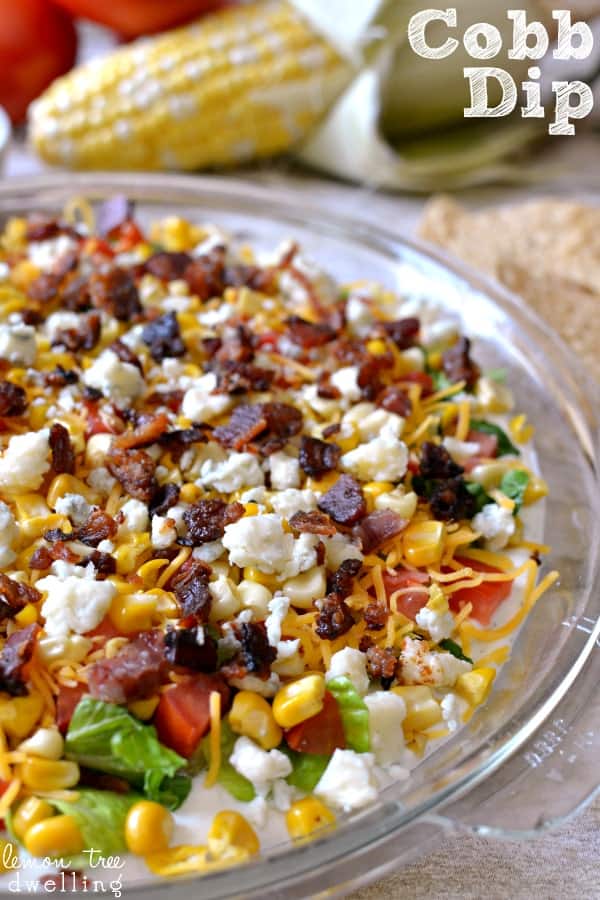 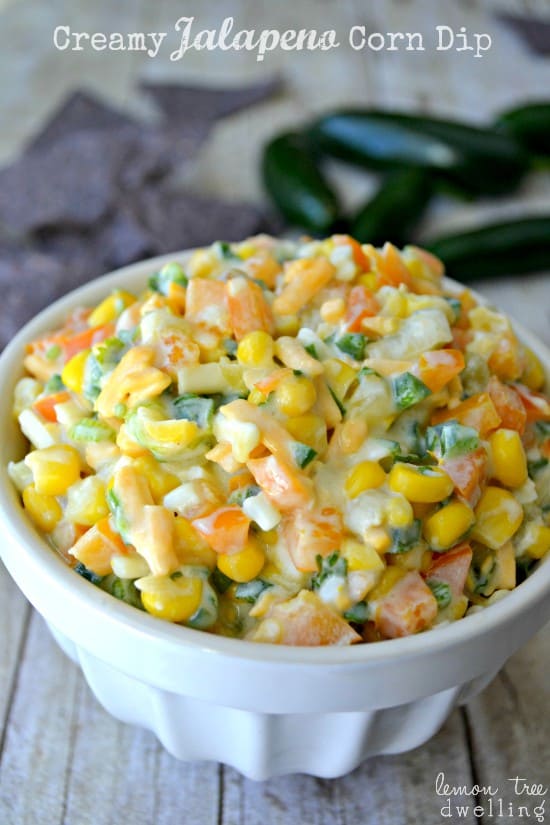 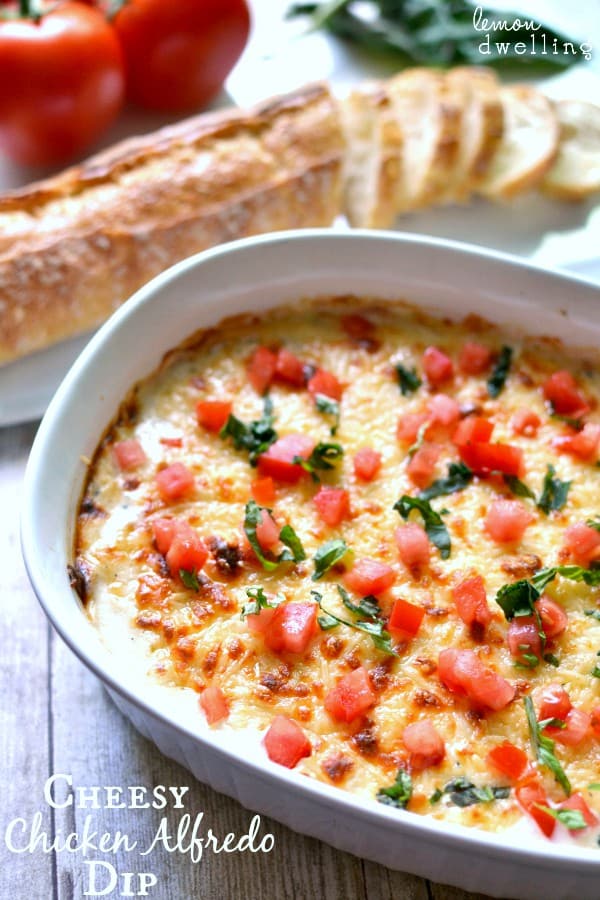