These Churro Cupcakes will blow your mind!

Perfect for Taco Tuesday, Cinco de Mayo, or just because…. if you love churros, you’re sure to love these! 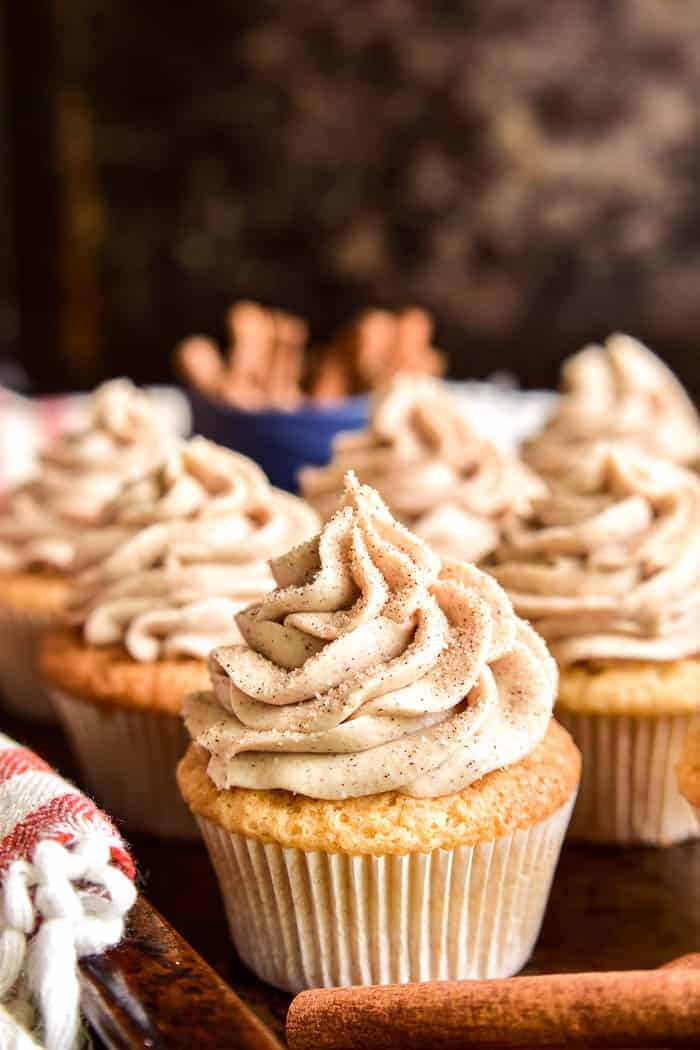 Churros!!! What’s not to love!? They’re thick and chewy and sweet and fried…and totally covered in a delicious cinnamon sugar mixture. But. A few things about them. Making them at home involves frying (not always my favorite) and finding them in stores is nearly impossible. Which is why churro-inspired desserts are totally the way to go!

And let me tell you… these cupcakes are our absolute favorite. Between the vanilla cake and the cinnamon frosting and the cinnamon sugar topping, they have all the flavors you expect out of a Mexican dessert. And they’re SO much easier than the real thing!

They start with my favorite cupcake recipe, complete with the cream cheese frosting my whole family loves. And let me tell you….there’s something about the addition of cream cheese that takes these (and any) cupcakes to the next level!

Whether you’re hosting a Mexican-themed party, looking for a fun Cinco de Mayo dessert, or just obsessed  like me…you’re sure to fall in love with this recipe. 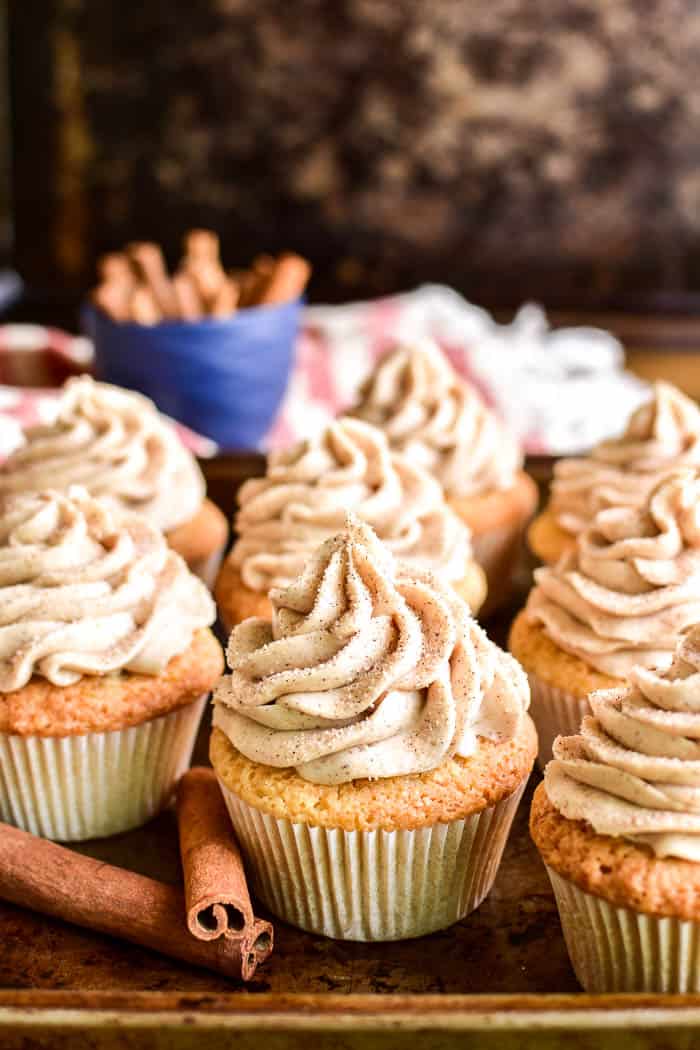 WHAT INGREDIENTS ARE IN THIS RECIPE?

HOW DO YOU MAKE CHURRO CUPCAKES? 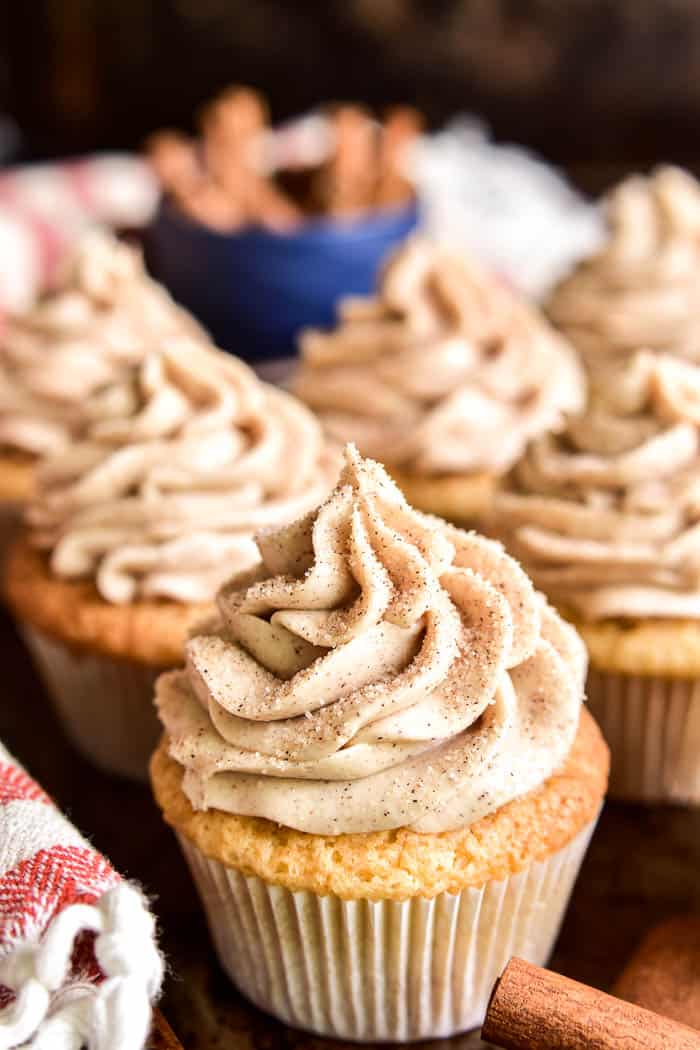 CAN YOU SUBSTITUTE BUTTERCREAM FROSTING?

Yes, you can absolutely substitute buttercream of any type of frosting you would like. Just add 1-2 tsp. of cinnamon to your favorite recipe and sprinkle with cinnamon and sugar. 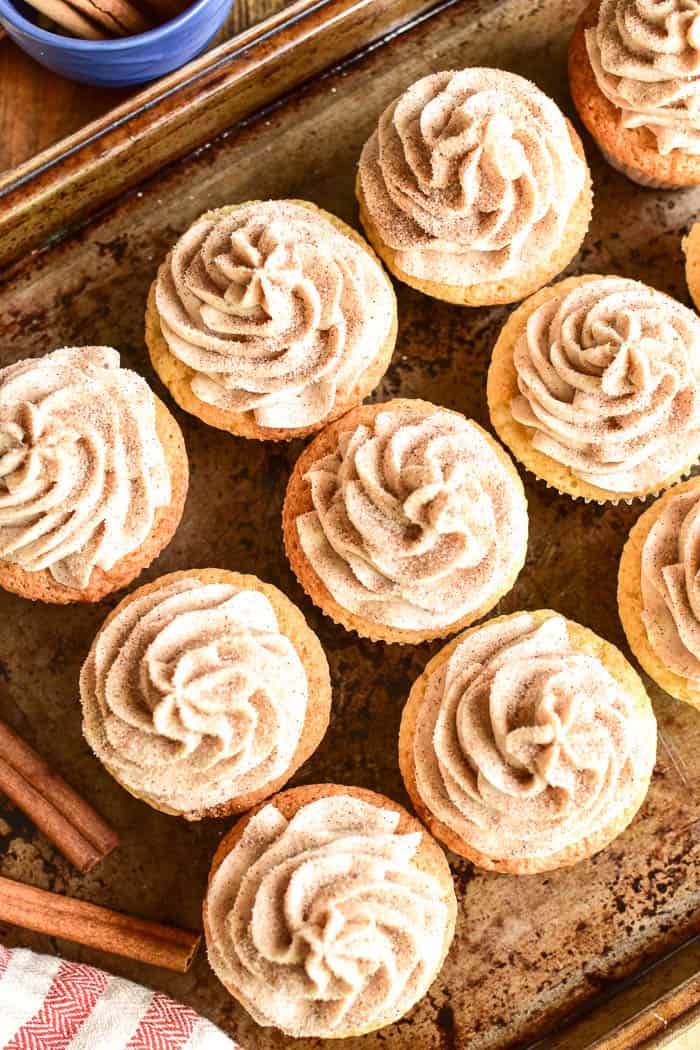 Looking for more recipes to round out your Cinco de Mayo menu?

And here are a few of our favorite cupcake recipes, too!

These Churro Cupcakes will blow your mind! Deliciously moist vanilla cupcakes topped with rich cinnamon cream cheese frosting and sprinkled with cinnamon & sugar. Perfect for Taco Tuesday, Cinco de Mayo, or just because…. if you love churros, you’re sure to love these easy, delicious Churro Cupcakes!