These Buffalo Chicken Wonton Cups are the PERFECT little bites! Loaded with all the classic flavors of buffalo chicken, they're crunchy, creamy, spicy, and SO delicious....perfect for game day, parties, or just because! 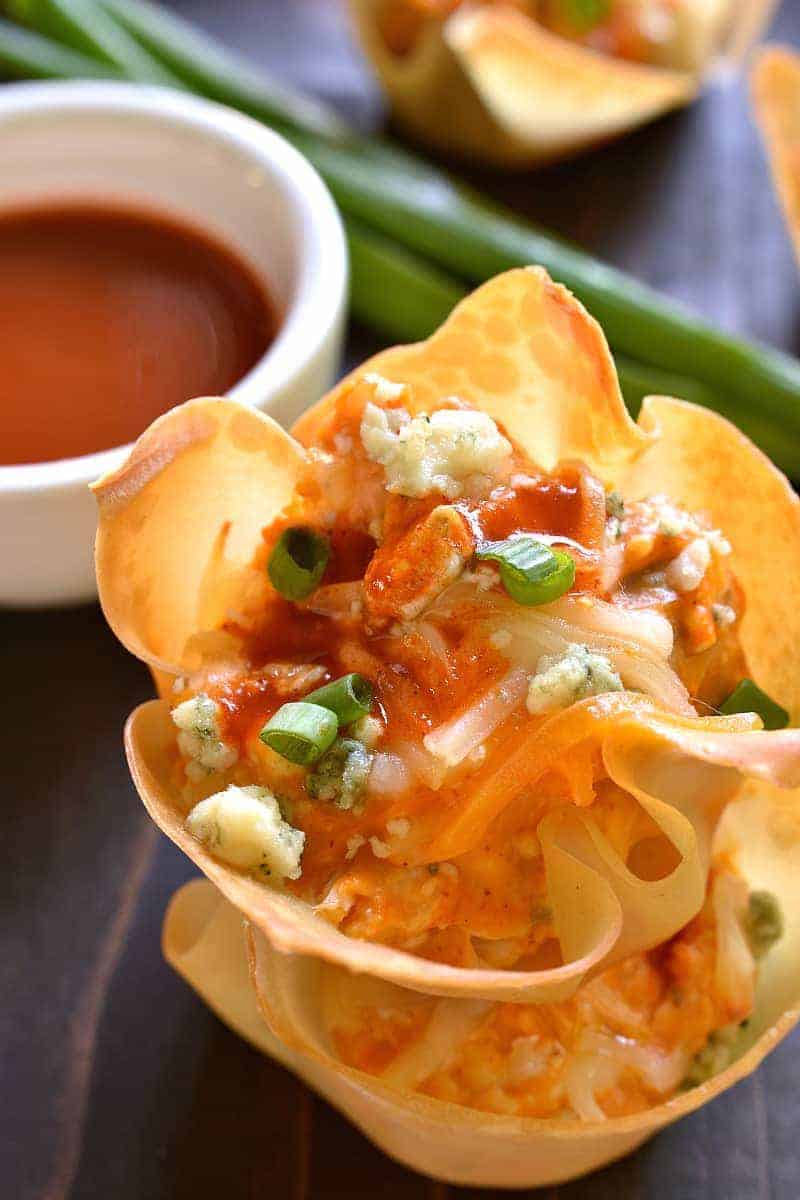 So I've been feeling lately like we're crossing some thresholds. In particular, with Ellia. Between starting middle school and setting her own alarm clock and buying shoes in a bigger size than her mother (gasp)....there's no denying that our baby isn't such a baby anymore. No, she's definitely growing up. 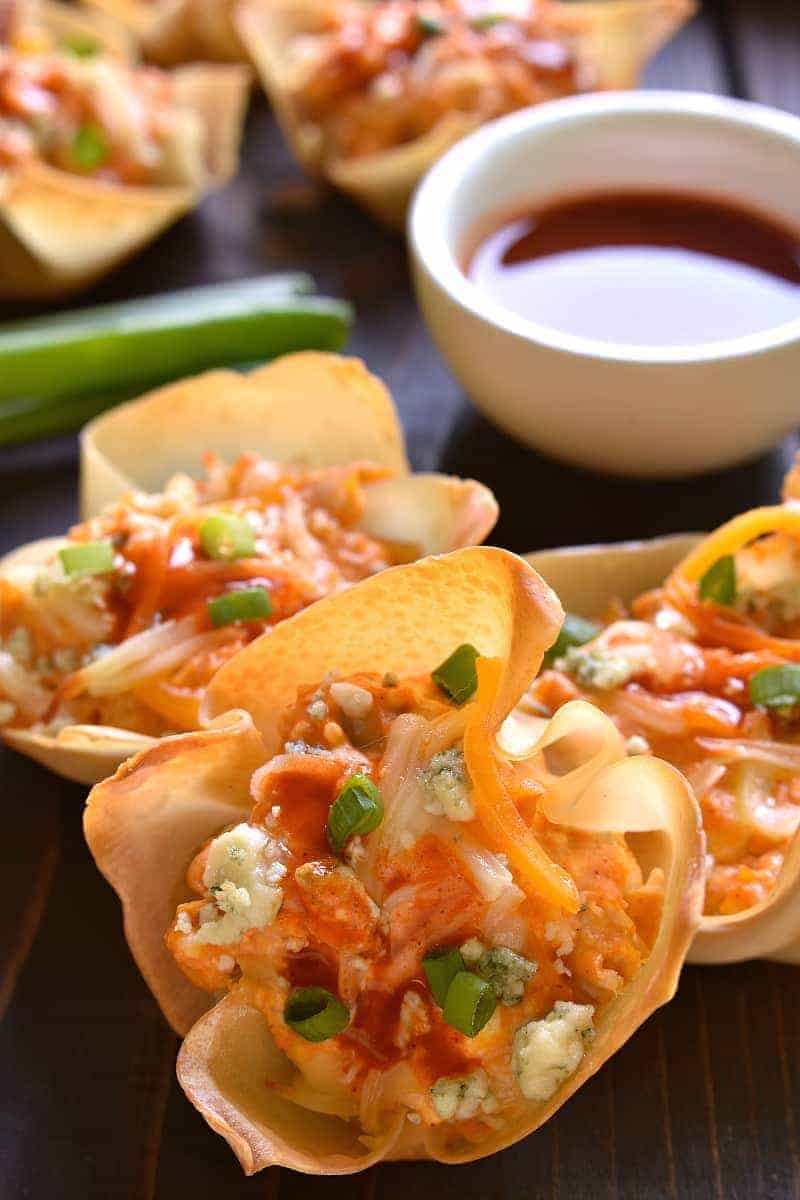 And along with all the rest of it, her tastes are evolving, too! Which became particularly evident to me the other night....during the Packer game....when ALL she could talk about was the fact that Jorden had promised her wings. And we're not talking honey barbecue wings or teriyaki wings or lemon pepper wings. No, we're talking hot buffalo wings. The real deal. 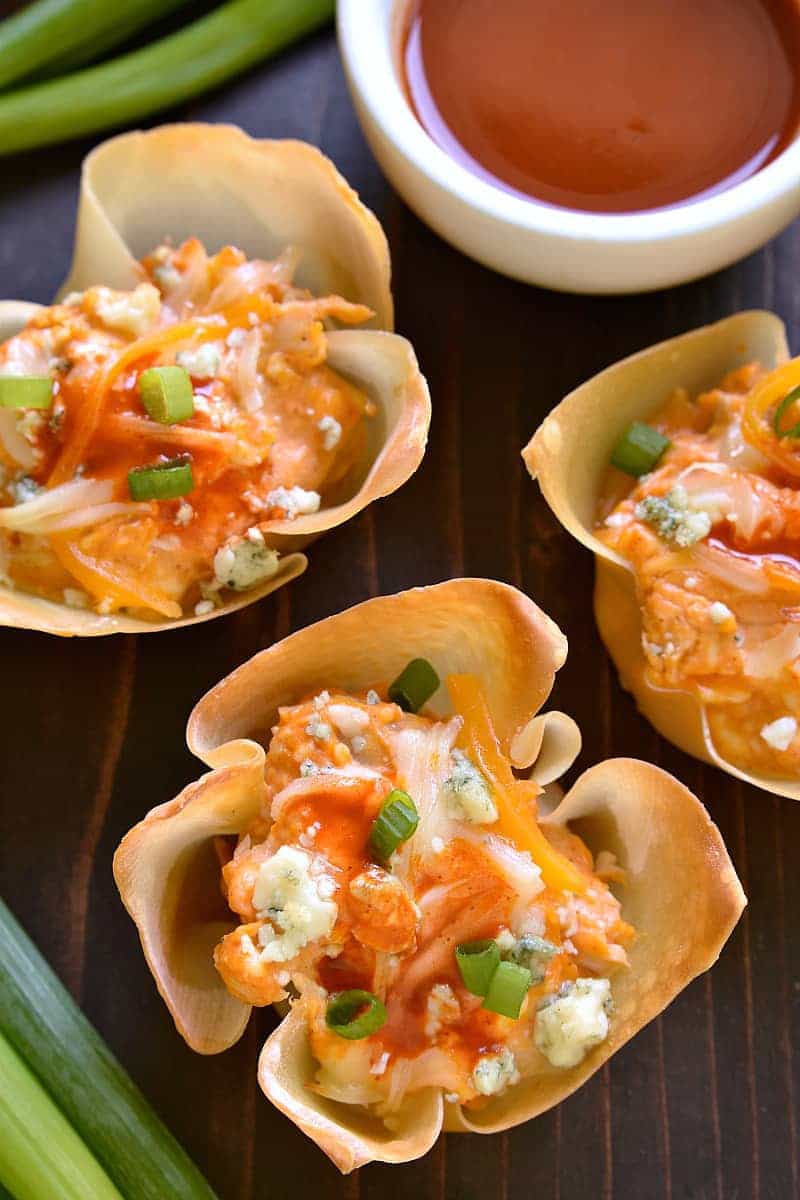 So I ordered sushi and Jorden and Ellia ordered wings and we called it a night. And it was a little strange. Just like the fact that Ellia's feet are bigger than mine and she's waking up earlier than me and she actually sets an alarm....(something I haven't done in years!) And just for the record, she LOVES these Buffalo Chicken Wonton Cups, too! Go figure, right? 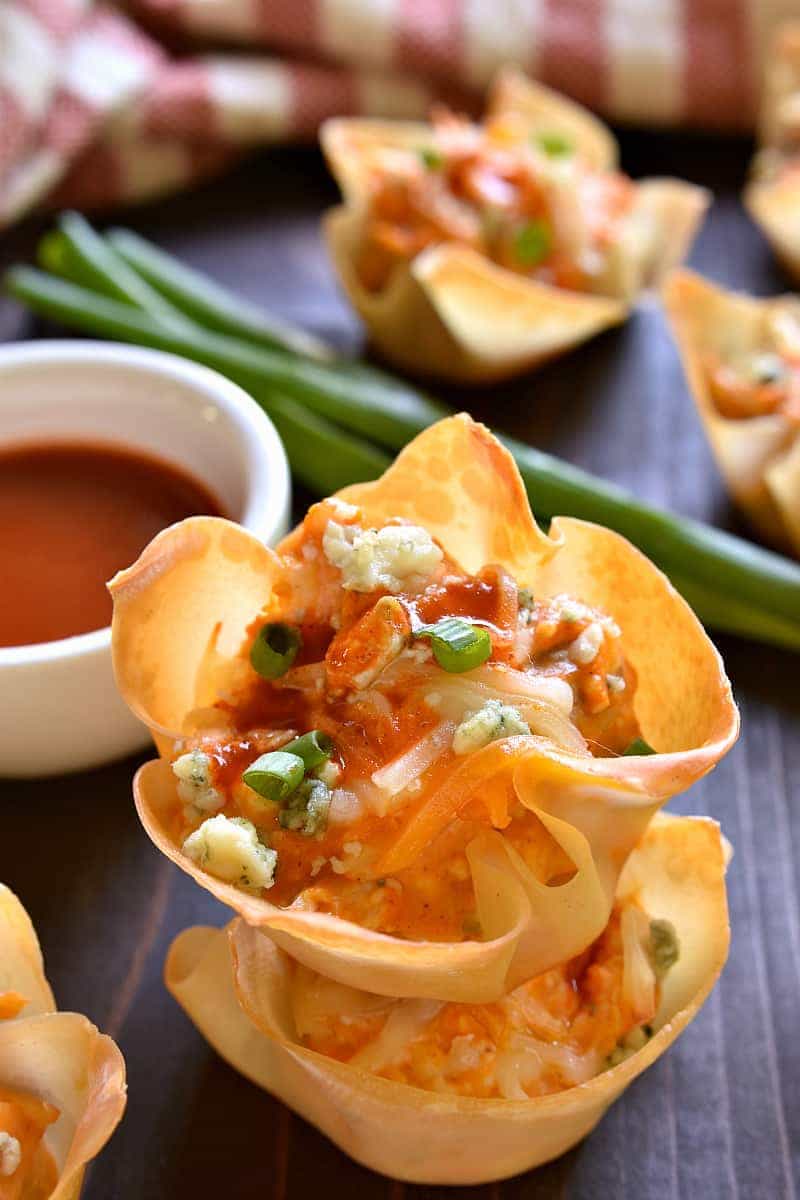 And as much as it was strange, it was also kind of awesome. Because if Ellia likes buffalo chicken it can only be assumed that the other girls will follow suit. And once that's the case, I can make these Buffalo Chicken Wonton Cups and not eat a third of them myself! Because seriously? They're so good.

Good enough that even though you are well aware you should have one or two....what you really want is ALL OF THEM. Just like you want ALL the Jalapeño Popper Wonton Cups and ALL the Southwest Chicken Wonton Cups when I make them!

These Buffalo Chicken Wonton Cups are baked inside crispy wonton shells and stuffed with chicken and cheese and buffalo sauce and all the deliciousness you expect out of a buffalo chicken appetizer. And they're SO easy to make. I can definitely see them becoming a game day staple at our house, and once you try them I'm sure you'll agree! 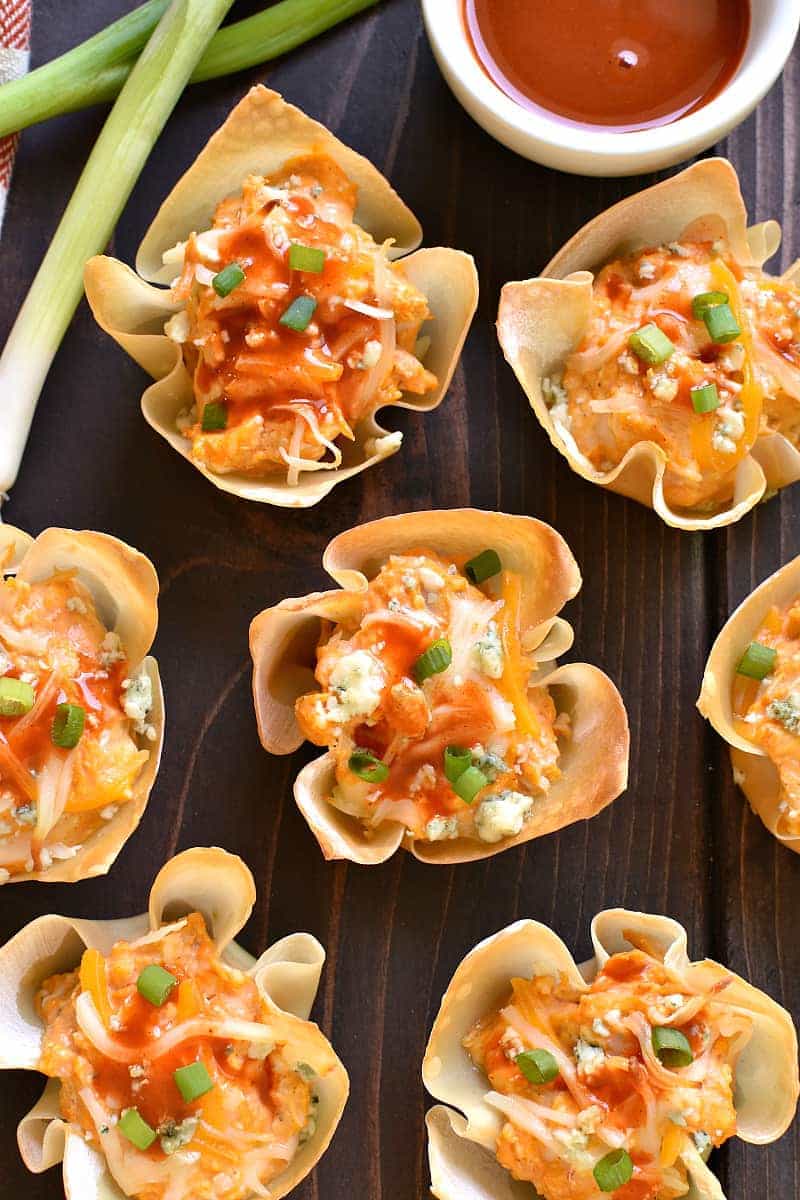