Homemade Blueberry Granola, packed with sliced almonds, toasted coconut, and dried blueberries. This granola is sweet, crunchy, and so delicious with yogurt, milk, or by the handful! 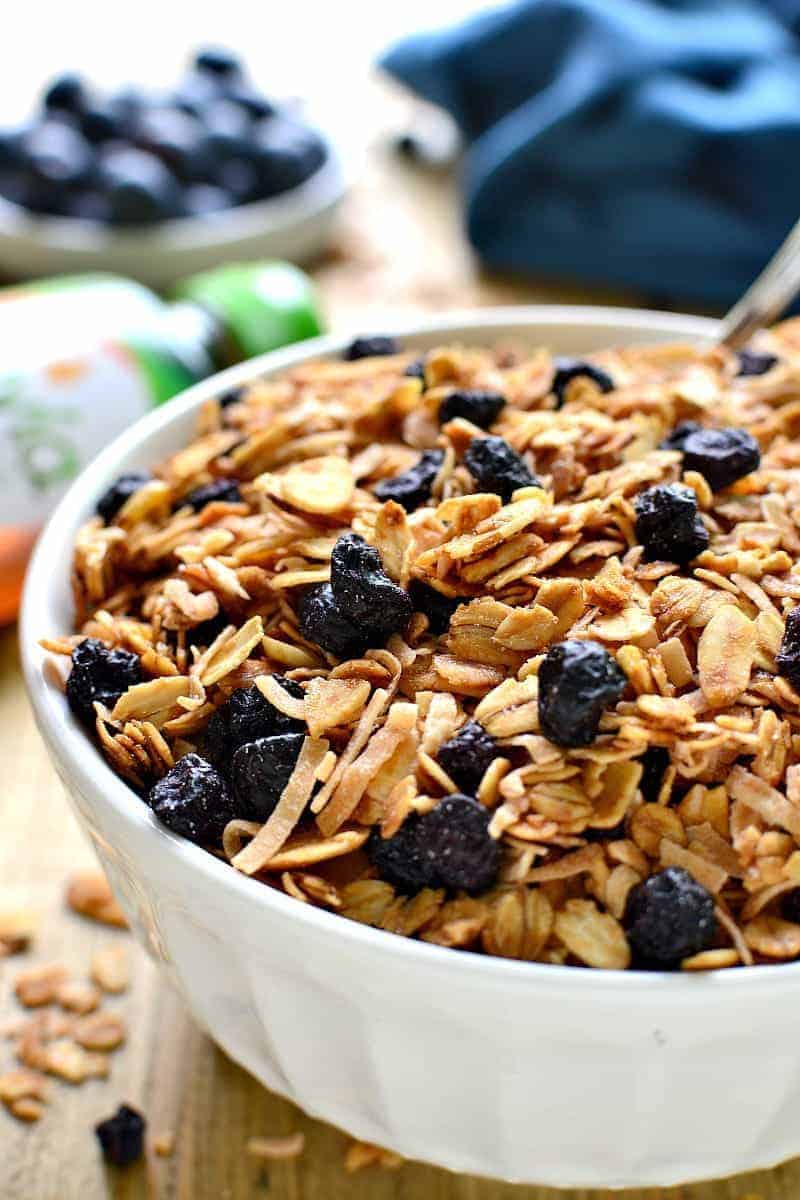 One of the many things I didn’t realize before becoming a parent is just how much I would get yelled at. By my kids. For everything! For not knowing where Ellia’s library books are, for not being able to make Greta’s hair look the way she wants it to, for accidentally cutting Nora’s sandwich in half….when she didn’t ask me to…..the list goes on, and honestly, it’s always something. 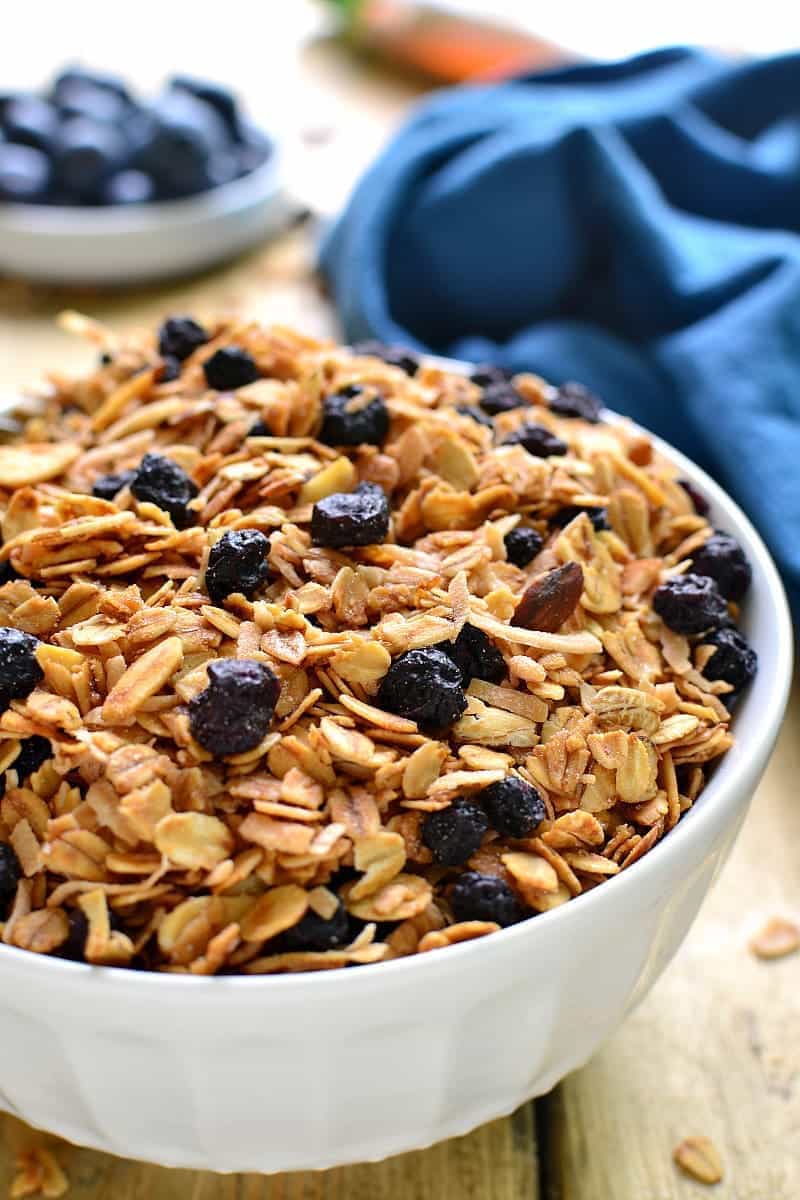 So naturally, now that Myla is two, she’s decided to join in the fun. And with Myla, the complaints are almost always about food. Whether she wants me to get her something or wants me to take something out of her hands, the yelling is the same: “MOMMMM!!!” And it’s loud. Probably because she wants to be heard over her sisters….. 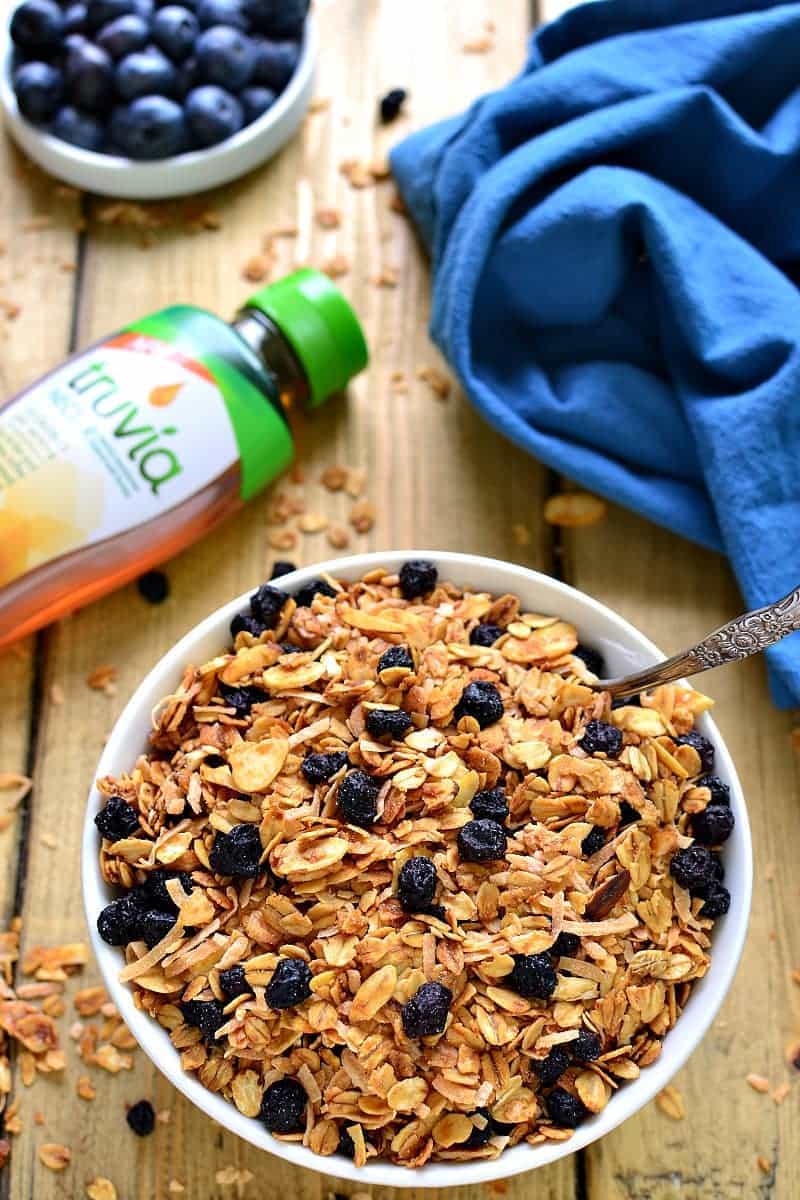 Well, the other day this Blueberry Granola was sitting on the counter, and Myla happened to spot it. And that was the beginning of the end. All I heard for what felt like an eternity was, “MOMMMM!!!”….until I finally gave in and handed her the whole bowl. I wish I was kidding. 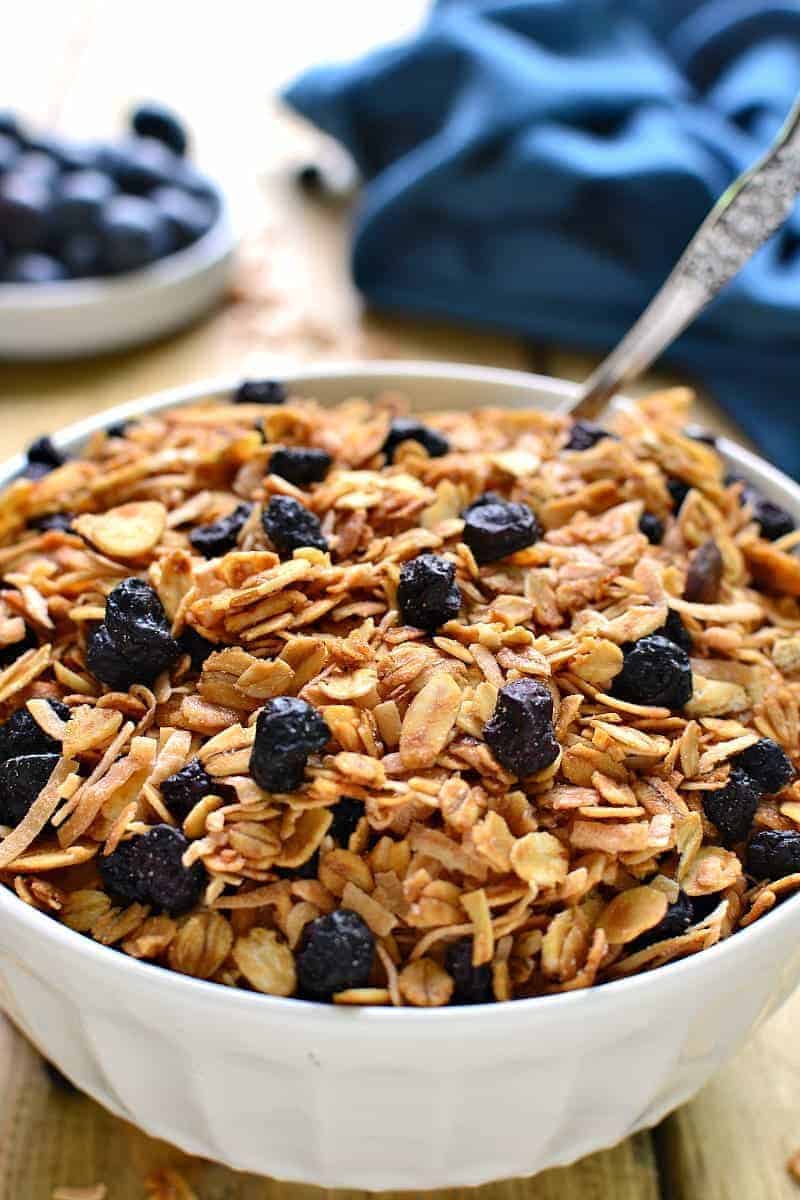 She proceeded to dump handfuls of it into her yogurt, eat it off the top, and then dump more. The girl couldn’t get enough of it! And I really can’t blame her. Because this granola has everything – old fashioned oats, sliced almonds, toasted coconut, dried blueberries, and a hint of vanilla. 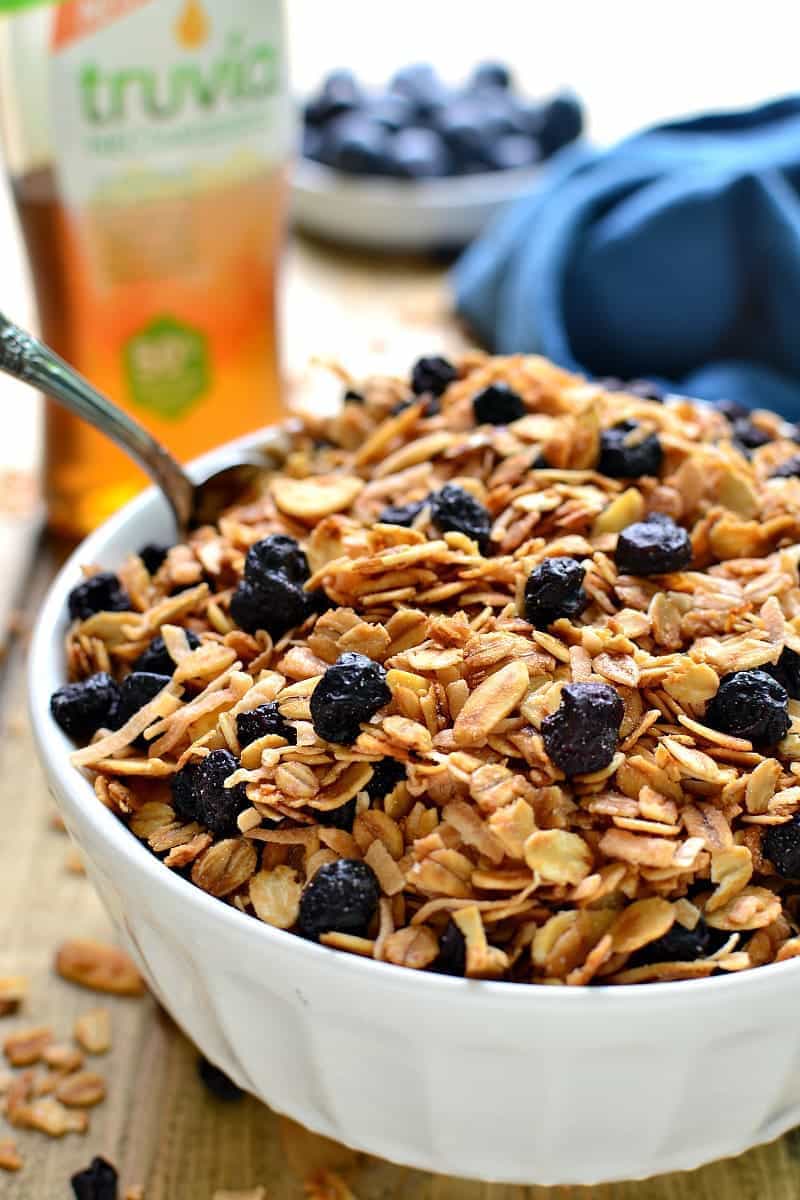 And you know what? As long as the kids are eating it, they can’t be yelling. So we have that going for us….(ha!)