I partnered with Pick ‘n Save to bring you this recipe, but all ideas and opinions are my own!

Apple Cinnamon Baked Oatmeal is loaded with fresh apples, cinnamon, and brown sugar, then baked to creamy perfection.  Perfect for busy weekday mornings….just in time for back to school! 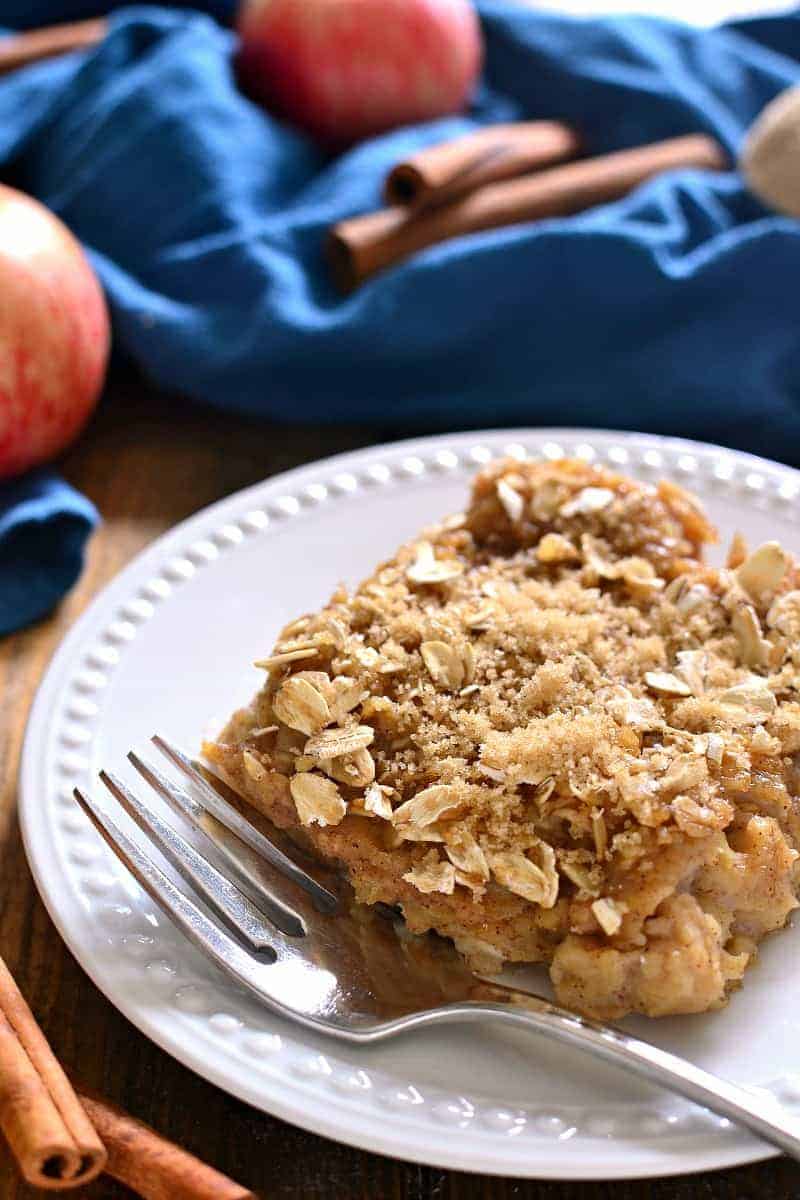 So. We had the rummage sale. We pulled it together and put our emotions aside (see previous post), and at the end of the day, I must say it was not too shabby! We had everything from a snowblower to kitchen chairs to a poker table to speakers to toys to lots and lots of baby stuff….and thanks to my neighbors, who did all the advertising, we had a great turnout. 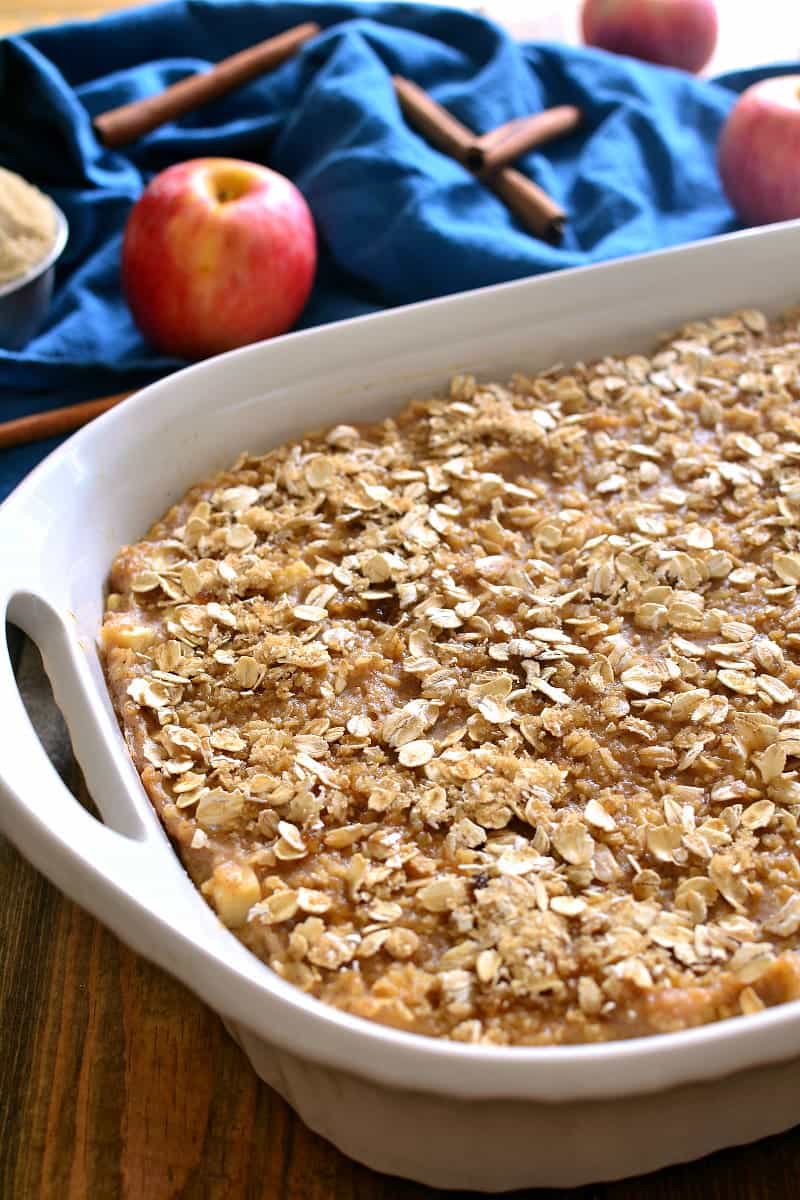 Starting with early bird shoppers while we were still setting up, followed by one car after another throughout the morning, we definitely had a great start. The kids were excited, I was hopeful, and most importantly, we were finally getting rid of stuff! Which ALWAYS feels like a win. 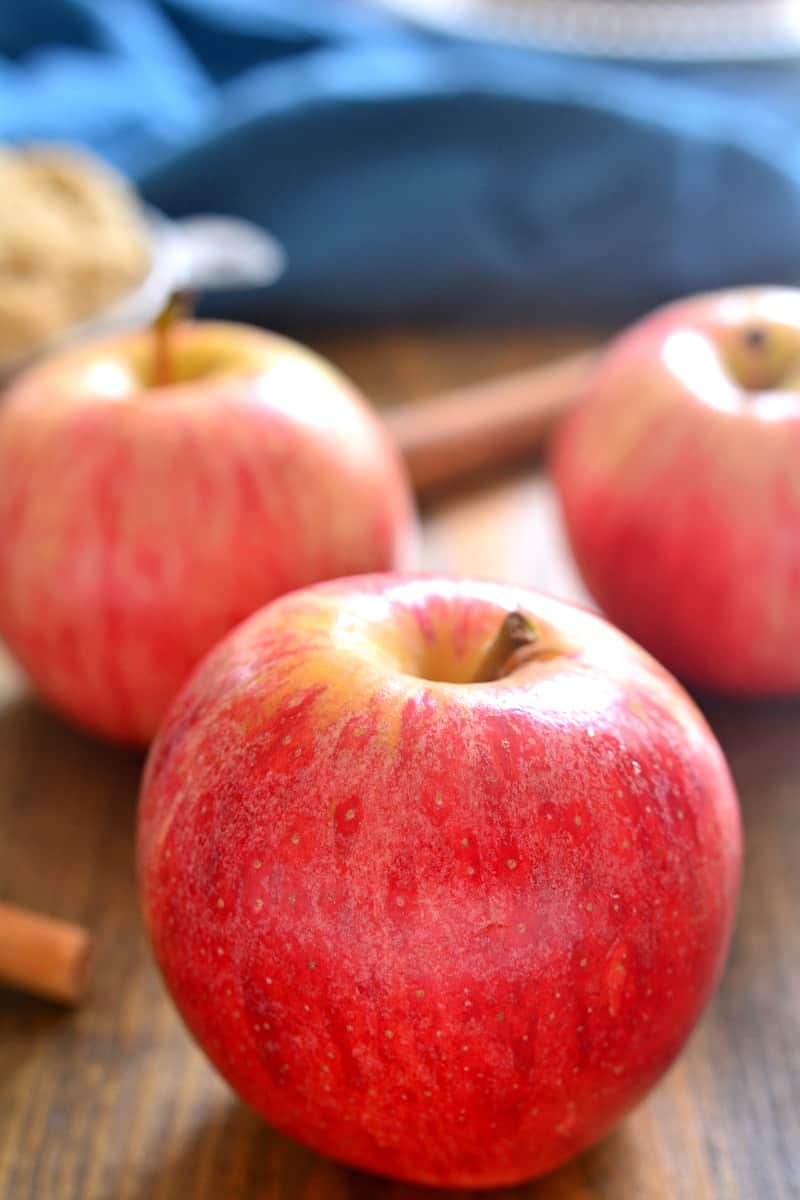 But then, slowly, the mood started shifting. People were stopping but not buying. The kids were getting bored. And hungry. I as getting restless. And when noon rolled around and we had barely broken $100, it became clear. Our rummage sale was a flop! 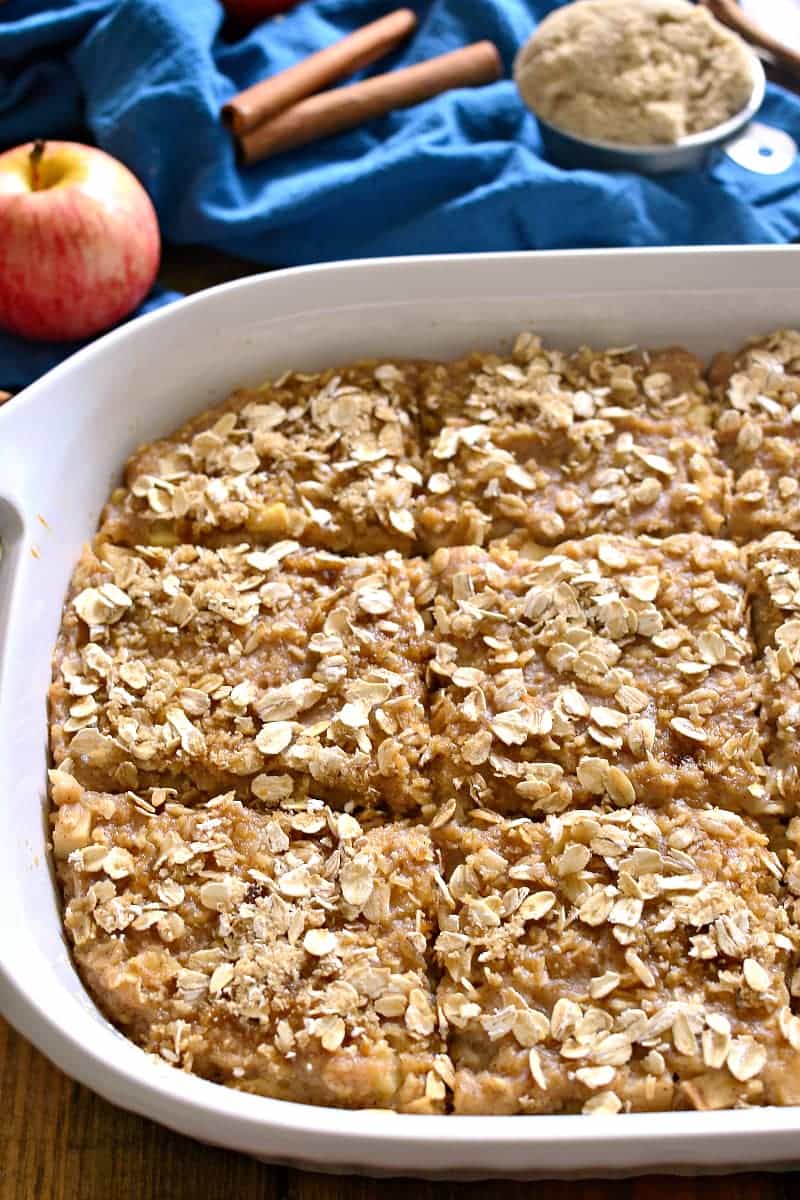 And when you factor in the hours of time we spent getting it ready, plus the hours of actual rummage time, it’s hard not to feel annoyed. And discouraged. And like it was a phenomenal waste of time. And it was….in a way. BUT. At the same time, it forced me to face my decluttering fears….and it encouraged the girls to do the same…..and at the end of the day, our main goal was accomplished. 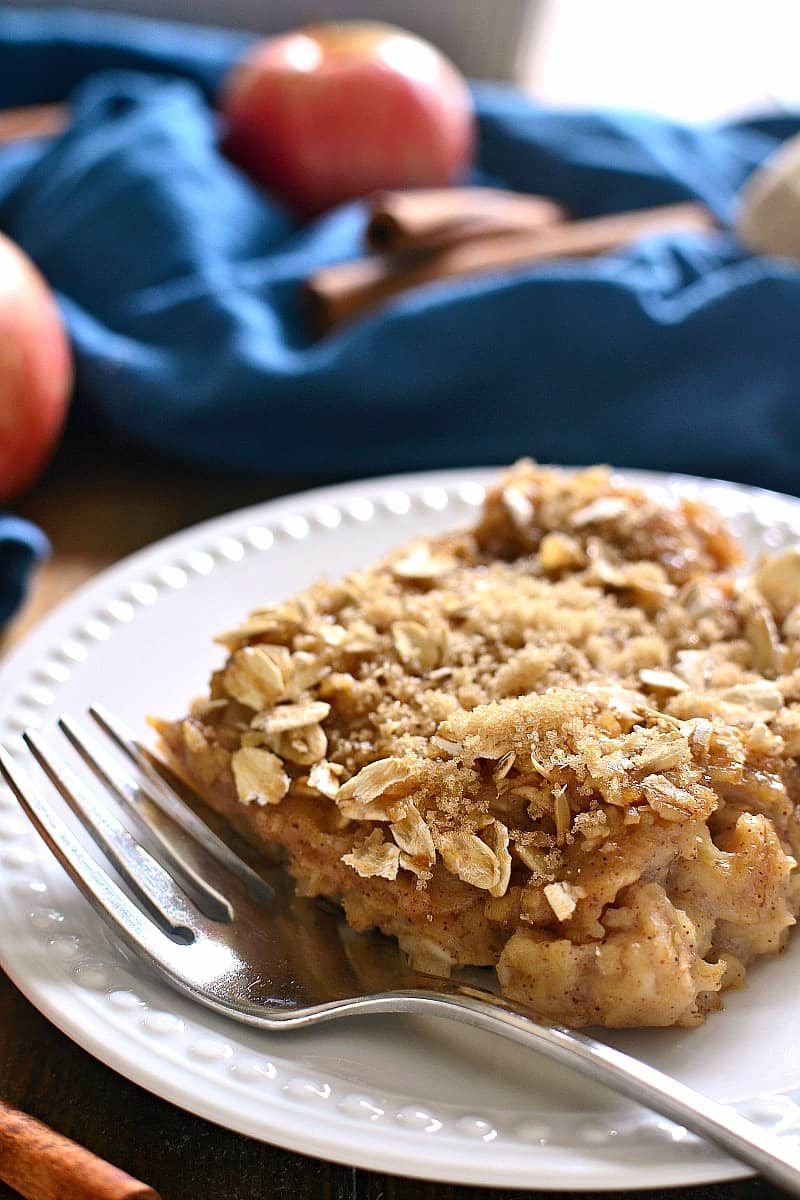 We’ll be taking the rest of it to Goodwill this weekend….and by we, I mean Jorden. Because as far as I’m concerned, I’ve put in my time. And now….it’s time for some Apple Cinnamon Baked Oatmeal. You guys – this stuff is SO GOOD! I picked up a bag of apples from Pick ‘n Save (my go-to grocery store) earlier this week, and we’ve been going crazy for Apple Cinnamon Baked Oatmeal ever since. Which is actually one of my favorite things about baked oatmeal – you can make a huge pan of it and it will last you the week! So even though it feels “special” it’s actually the easiest thing ever. Perfect for a relaxing weekend OR for back to school. Or…if you’re anything like us…both! 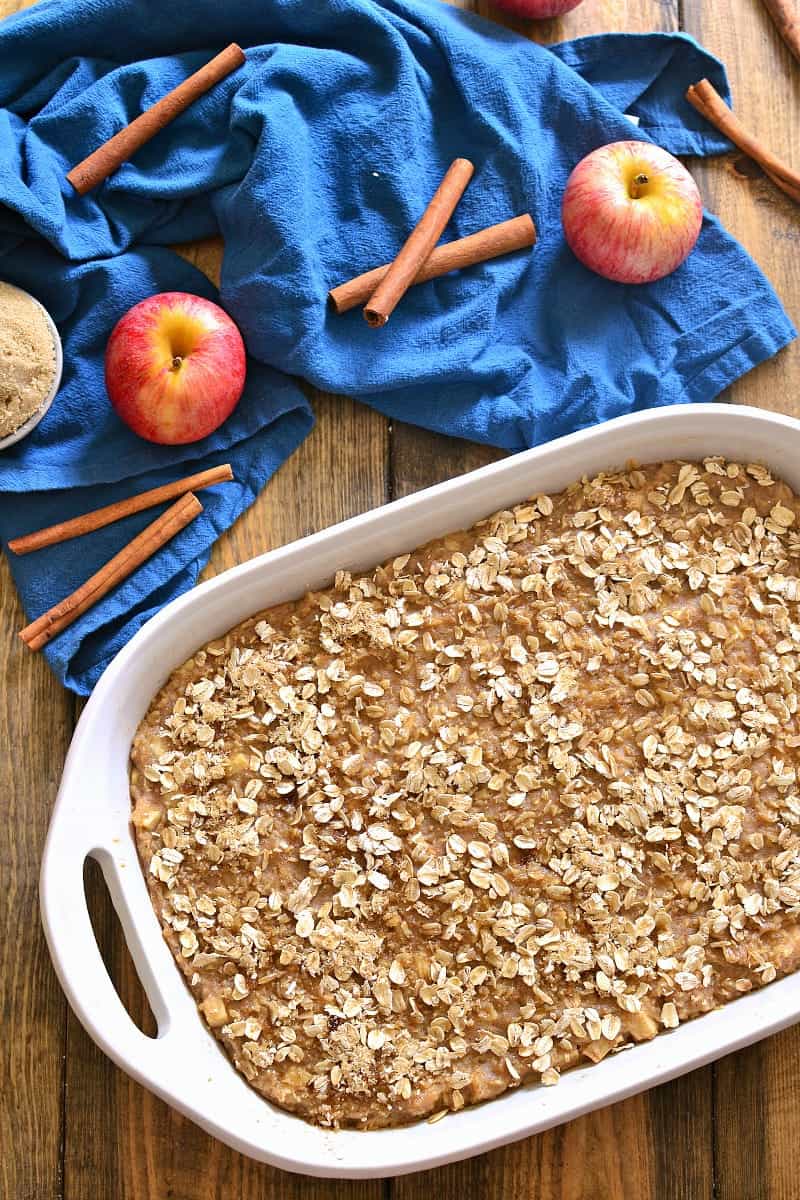 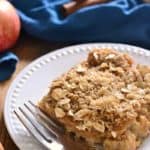