Jump to Recipe
Cinnamon S’more Blondies don’t need any campfire to enjoy! These chewy blondies will have you dreaming of summer! Filled with marshmallow and graham crackers, a perfect sweet treat anytime. 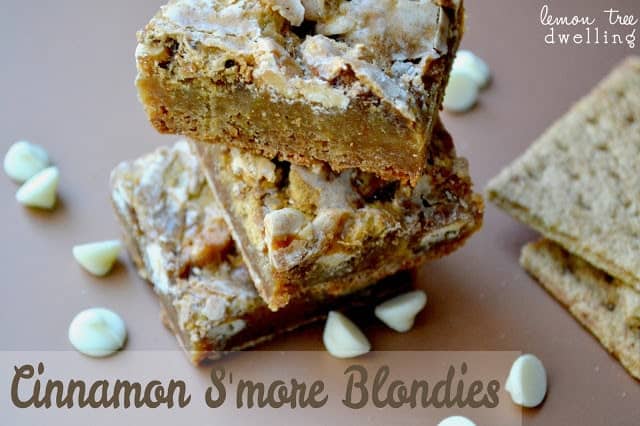 I can’t remember the last time we didn’t have snow here. And I don’t just mean on the ground…..I mean falling from the sky. It has been snowing daily for what feels like weeks now….so much that we can no longer distinguish our driveway from the rest of our yard or remember what the world looks like in color! I know that sounds dramatic, but if you could see out my windows right now you’d understand!
I’m not much of a snow person….or a cold person, for that matter….which is unfortunate since I live in Wisconsin! But winters in Wisconsin are uncomfortable – the below zero windchills, the slippery roads, the numb fingers and toes, the need to either stay inside or be bundled in 18 layers…. 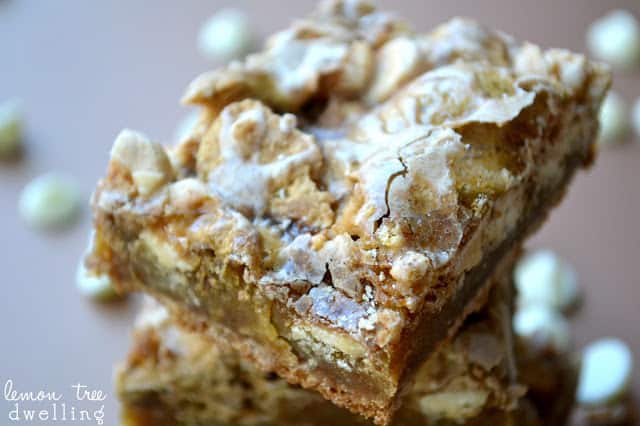 And so, every year around this time (February is the worst), I start thinking about summer. And tank tops. And sun. And cookouts. And cocktails. And firepits. And s’mores….. And since s’mores are tricky in winter, I decided I needed to figure out how to make them Wisconsin winter-friendly. 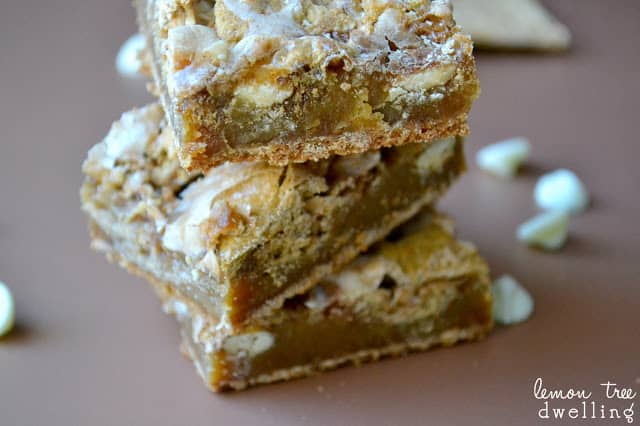 Okay….so the other part of the story is these marshmallows that have been staring me in the face every time I open my cupboard. I think I found them sometime after Christmas, and have been waiting for just the right way to use them. 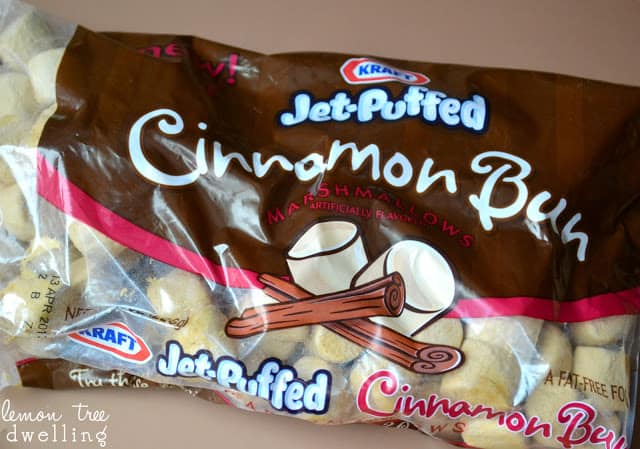 Cinnamon s’mores! How fun!! Cinnamon s’more blondies….!? Even better.I don’t know about you, but I’m not so sure Punxsatawney Phil is right about an early spring. The way things are looking around here, winter will be holding on a LOT longer. More time for these bad boys, I guess… 🙂 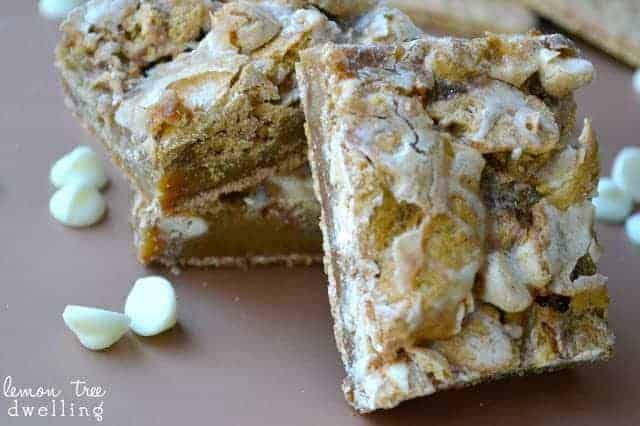 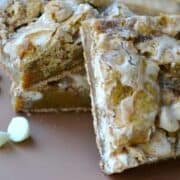