This Sausage & Pepper Linguine is chock full of vegetables and bursting with delicious flavor! Have it on the table in 30 minutes or less….this dish is perfect for busy nights and guaranteed to become a family favorite! 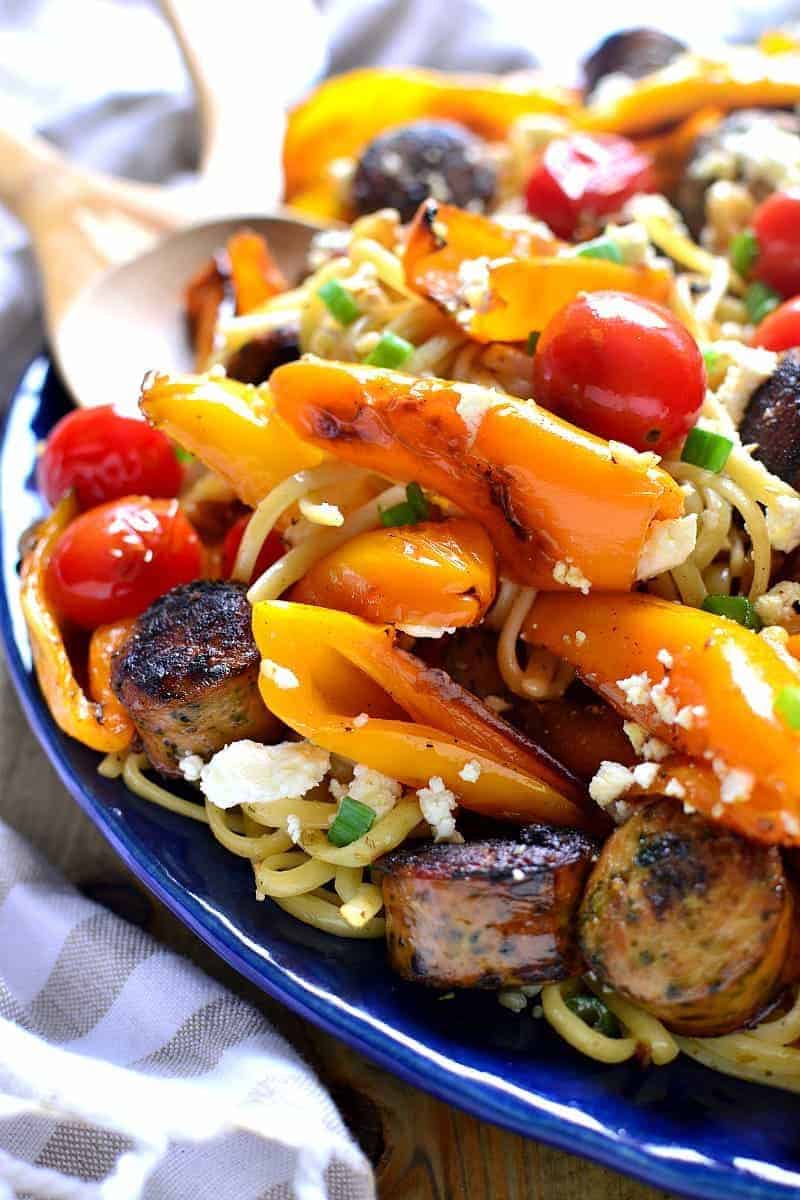 Is it awful of me to say that I don’t particularly love making dinner for my family? Because I don’t. And part of me thinks I just shouldn’t admit it….but then another part of me wonders how many of us are in the same boat! With crazy schedules and lack of time and families who seem to find a way to complain about EVERYTHING we put on the table….I can easily see where people decide to just throw in the towel and pick up Noodles! 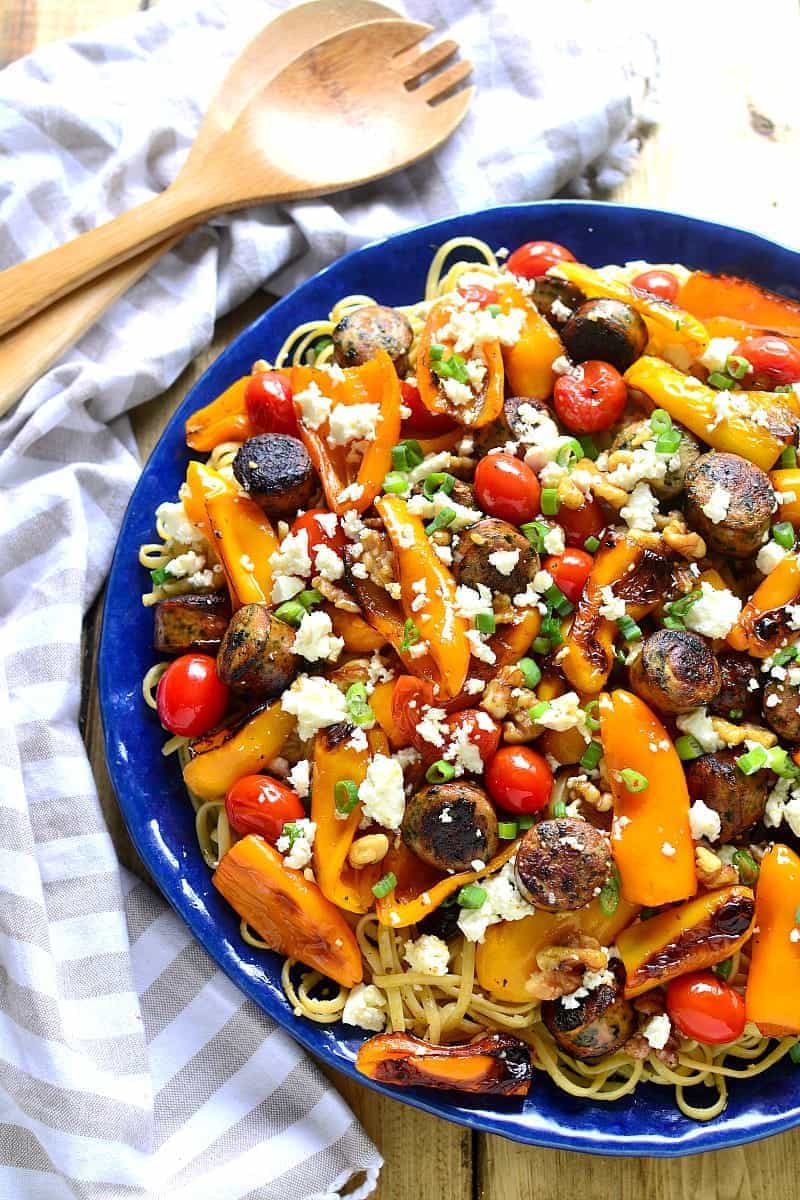 But me, I’m stubborn. And cheap. I can’t stand spending money on a quick family dinner I could easily make myself! And so I’m committed to making dinner as often as possible, and this Sausage & Pepper Linguine is my latest creation. The tradeoff? I get to field complaints nearly every. single. night. 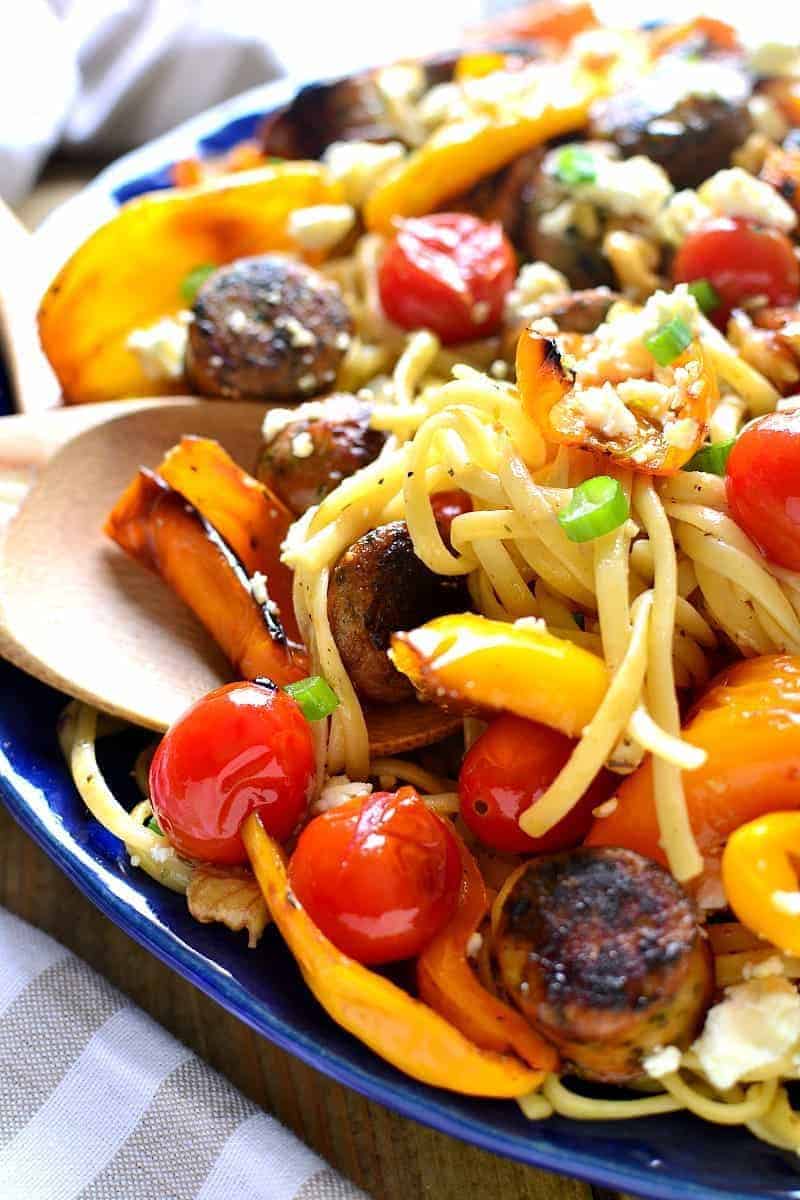 Complaints of too many vegetables, too much spice, the wrong kind of meat….you name it. They’ll complain about anything. I remember being the same way as a kid….having my favorites and definitely not loving the rest. So I guess this is payback?

Well, I must say, payback is a beast. It’s enough to make you want to give up on dinner, altogether! But….stubborn and cheap prevail. So here we go, another dinner recipe. And you guys? This Sausage & Pepper Linguine is seriously delicious! 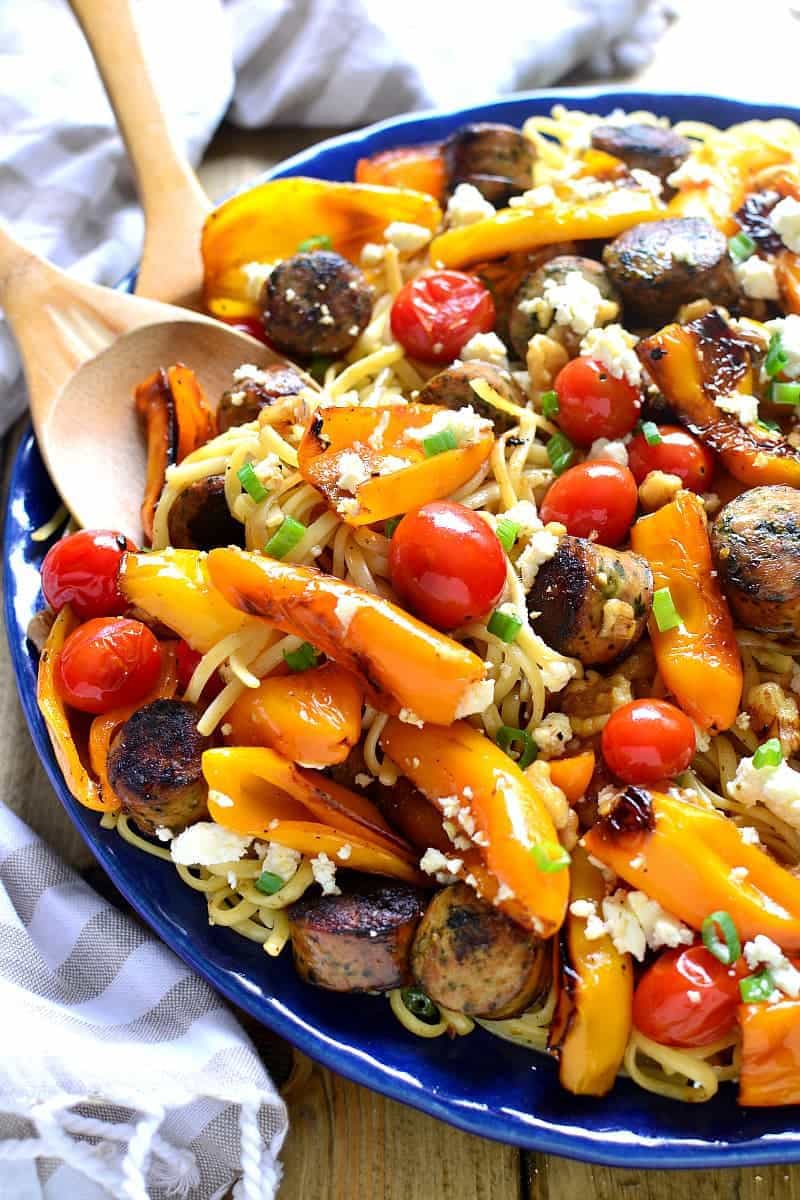 It’s all about the flavor, which is literally EVERYWHERE in this dish. Flavor from the sweet mini peppers, the chicken sausage, the grape tomatoes, the feta cheese….and the herbed, lemony olive oil it’s tossed in makes this Sausage & Pepper Linguine a recipe you’ll come back to again and again. So good you won’t even mind the complaints from kids…..which, of course, are inevitable. 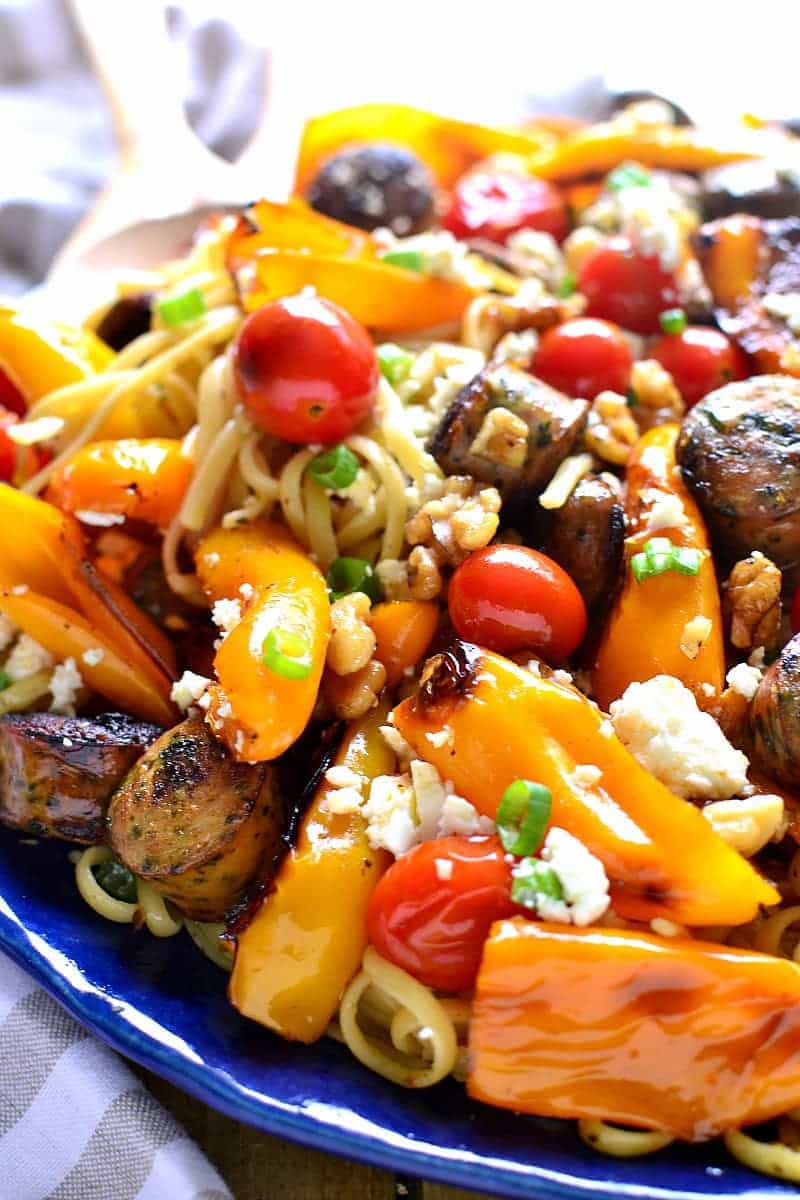 This Sausage & Pepper Linguine is chock full of vegetables and bursting with delicious flavor! Have it on the table in 30 minutes or less....this dish is perfect for busy nights and guaranteed to become a family favorite!
Prep Time 10 minutes
Cook Time 15 minutes
Total Time 25 minutes
Servings 6
Author Cathy Trochelman